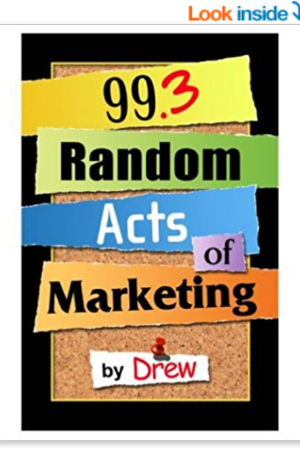 Whether you own your own business, run a marketing department, or just need to be reminded of what you already know, 99.3 Random Acts of Marketing is packed with the marketing insights you need, a bite at a time. No jargon or hyperbole. Just straightforward counsel from a 20-year veteran. Easy to read and remember, this book will quickly become your marketing guide. You’ll find yourself quoting Drew and his insightful tips as you take your marketing efforts to the next level. 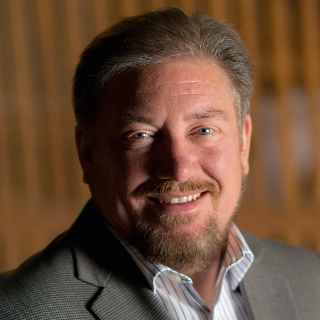 Drew McLellan has worked in advertising for 25+ years and started his own agency -- McLellan Marketing Group in 1995 after a five-year stint at Y&R. MMG celebrated its 20th anniversary in the fall of 2015.

He also owns and runs Agency Management Institute (AMI), which offers agency management training, consulting and facilitates agency owner peer networks for small to mid sized agencies (advertising, digital, marketing, media and PR) so they can increase their AGI by at least 25%, attract better clients and employees and best of all — exceed the agency owner’s life/financial goals.

He launched his agency's blog in 2006 and it has been on the AdAge Top 150 from the list's inception. His first book, 99.3 Random Acts of Marketing, was published in 2003 and Drew and Australian marketer Gavin Heaton created the Age of Conversation series of crowdsourced books in 2007. To date, the AOC series has raised over $50,000 for charity. Drew launched the AMI blog in 2012 as a resource to agency leaders.

Drew’s often interviewed/quoted in Entrepreneur Magazine, New York Times, CNN, BusinessWeek, and many others. The Wall Street Journal calls him “one of 10 bloggers every entrepreneur should read.”

Publications like The Washington Post, Forbes, Entrepreneur and others have invited Drew to write for them as well.

When he’s not hanging out with clients or agency owners/staff, Drew spends time with his family and pondering why the Dodgers can’t seem to win the World Series.

Drew has a Master’s Degree from the University of Minnesota but alas, he cannot remember their fight song.