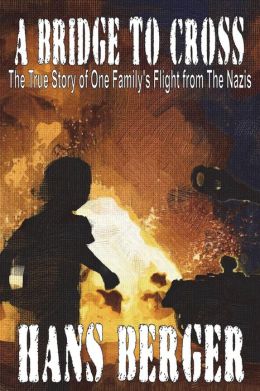 A Bridge to Cross

It's a true story of my family as we escaped the Nazis in WWII. We lived in Heidelberg, Germany. My mother, Elisabeth Berger spoke out against Hitler which almost cost us our lives.

My mother was repeatedly interrogated by the Nazis who did horrible things to her. I had three siblings, ages four to nine. I was two years old at the time. We fled via a troop train from Heidelberg to Berlin to stay with my grandfather who happened to be a Nazi we later discovered. He threatened to turn my mother over to the Gestapo which meant death.

We arrived at the Polish border in October of 1944 when the Russians came across the border by the thousands and we were trapped over a year having no home, food or medical care. My mother was nearly shot, she was knifed and we came under intense tank fire as we fled the Russians. We almost froze to death, starved, run over by tanks and at every turn we faced death. 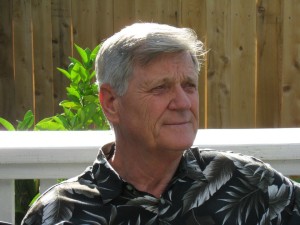 I was born in 1942 in the city of Heidelberg, Germany. In 1944 to 1945 we were running from the Nazis and later, the brutal Russians. We returned to Heidelberg later in 1945. In 1948 my dad secured a job b in Munich and we moved to Bavaria where I grew up. At fourteen, I went to work as a bakers apprentice in Rosenheim, Germany. In 1957 we immigrated to the US. We came to Denver where I attended high school. Joined the US Navy stationed at Pearl Harbor, on a destroyer. I held a position training law enforcement officers for 25 years. I am now retired occupying myself working at the hospital performing volunteer services. I write and also dabble in art.