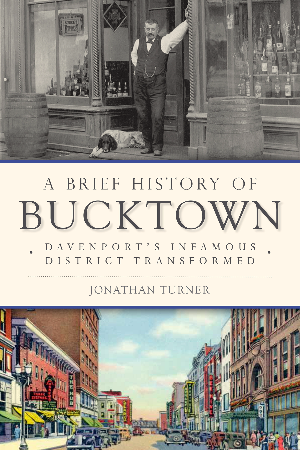 German immigrants created leafy beer gardens here nearly two centuries ago, establishing Bucktown as the heart of entertainment in downtown Davenport for generations. In 1916, the founding of the Tri-City Symphony Orchestra at the Burtis Opera House embodied the neighborhood's reputation for high culture.

The numerous saloons and theaters, as well as the forty-two documented brothels that flourished within two blocks, lent a bawdy side to the good times. Varied industries thrived through World War II, and downtown bustled with shoppers visiting department stores like Petersen's. Later, the neighborhood struggled and declined as a farming crisis hit the region hard.

With revitalized landmarks like the magnificent Hotel Blackhawk and the historic Redstone Building, the community is growing more vibrant as a place to live, work and play. Author Jonathan Turner explores this dynamic history and transformation. 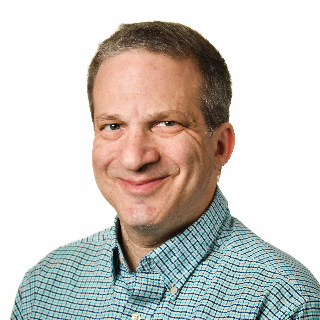 Jonathan Turner is an arts and entertainment reporter for The Dispatch and Rock Island Argus in Moline, Illinois, for which he has written since 1995. During his 29--year professional journalism career, his work has been recognized by the Illinois Associated Press Editors Association, Northern Illinois Newspaper Association and the Moline Preservation Society.

You can see more of his writing at Facebook.com/JTreporter. He and his wife Betsy have two sons, Alex and Josh, and live in Bettendorf, Iowa.