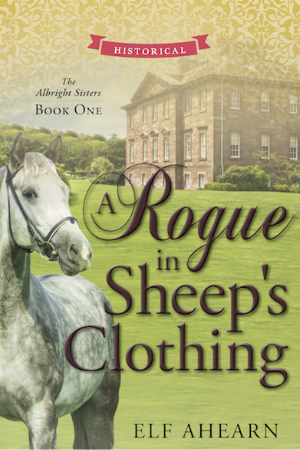 A Rogue in Sheep's Clothing

In Lord Hugh Davenport’s opinion, women of the ton perpetually hide behind a mask of deception. That’s hard for Ellie Albright, the daughter of an earl, to swallow—especially since she’s disguised herself as a stable hand to get back the prized stallion her father sold to Hugh to pay a debt. If Hugh learns her true identity she’ll lose the horse and her family will go bankrupt. Somehow, though, losing Hugh’s affection is beginning to seem even worse…

Already only a step away from being snagged in her own web of lies, Ellie’s deceit threatens to spin out of control when Hugh’s mother invites Ellie and her sisters to a house party. Now Ellie has to scramble to keep Hugh from knowing she’s the stable girl he wants to marry, while simultaneously trying to win his trust as herself. Can she keep her costumes straight long enough to save her family? And even if she does, will it be worth losing his love? 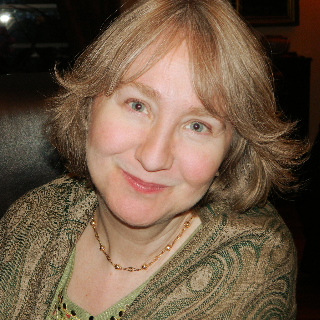 Elf Ahearn, yes, that is her real name, lives in New York with her wonderful husband and a pesky (yet irresistible) cat. Before becoming a novelist, she spent 20 years in Manhattan working as an actress in nearly 100 productions (yet rarely getting paid for any of them). From that lucrative career, she jumped to journalism, and then to corporate communications where she garnered multiple awards for a newsletter she wrote and edited. Her novel, A Rogue in Sheep’s Clothing hit #1 in its genre on Amazon this September, and bless its electronic and paper heart, has been consistently selling for over three years. 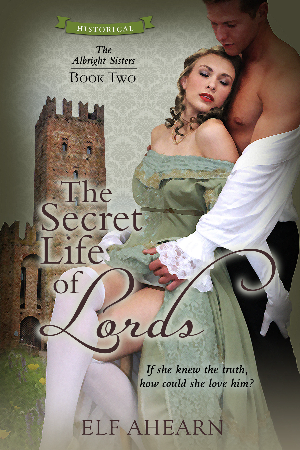 The Secret Life of Lords