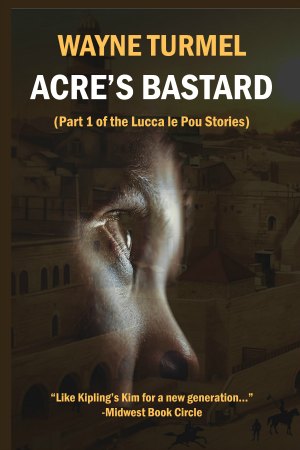 “Like Kipling’s Kim for a new generation…” -Midwest Book Circle

The Holy Land, 1187 Salah-adin is poised to conquer the Kingdom of Jerusalem. For 10-year old Lucca “the Louse”, it’s life as normal. The streets of Acre—the wickedest city in the world—are his playground. But when a violent act of betrayal leaves him homeless and alone, he’s drawn into a terrifying web of violence, espionage and holy war. The murder of a local clerk sends Lucca and the mysterious Brother Marco into a race against time to stop the Kingdom from tearing itself apart and becoming easy prey for their enemies. Can one lone boy save the Crusader Kingdom from disaster at the Horns of Hattin?

This exciting, sometimes wry tale, takes an adult look at the Crusades through the eyes of its most innocent victims—the children.

Wayne Turmel is the author of the best-selling The Count of the Sahara. He lives and writes in Chicago, where his motto is “Those who forget the past are doomed to repeat it. The rest of us are doomed too, but get to smile and say ‘told you so’.” 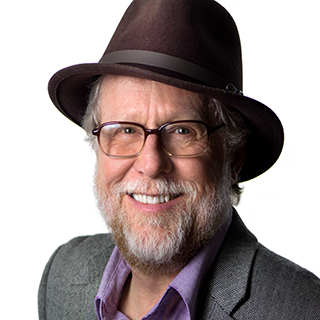 Wayne Turmel is a writer speaker and entrepreneur now based in Las Vegas. He is the author of 7 non-fiction books, including Meet Like You Mean It- a Leader's Guide to Painless and Productive Virtual Meetings and "The Long-Distance Leader: Rules for Remarkable Remote Leadership. He has also written two historical novels: The Count of the Sahara, and Acre's Bastard. His motto is "Those who forget the past are doomed to repeat it. The rest of us are doomed too, but get to smile smugly and say 'told you so'. 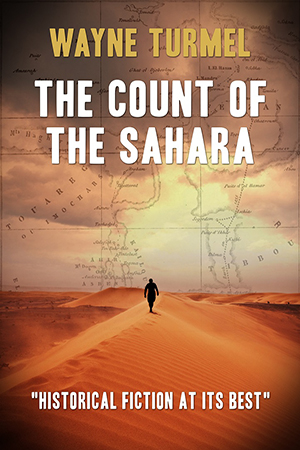 The Count of the Sahara 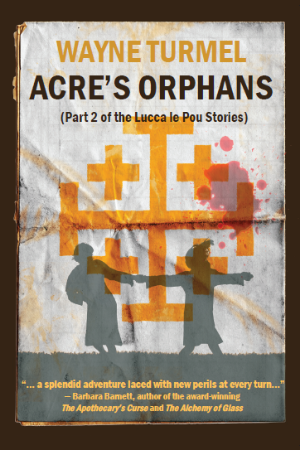