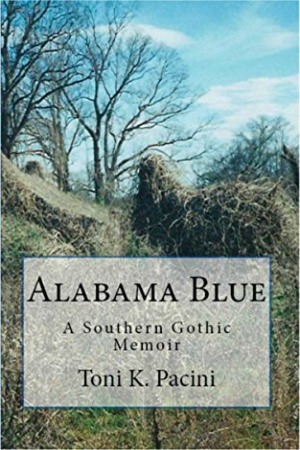 From white trash mill village girl to Senior-Cinderella. In Alabama Blue, Toni K. Pacini shares her tumultuous journey. A girl raised-up like an invasive weed in an Alabama cotton mill village where illiteracy, bigotry, religious fanaticism, and abuse were as commonplace as fried chicken on Sunday. From pillar to post, and coast to coast, she sought a dauntingly illusive refuge. Toni fled a life predestined for sorrow from cold cradle to cold crypt, and she made it! Her life needed a major re-write, and in Alabama Blue, she rewrote the hopelessness into hope, the sorrow into joy, and left the past to rest, as she moved forward into a new tomorrow. 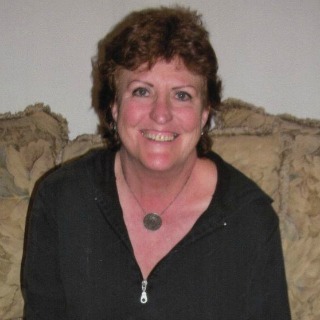 Her memoir, Alabama Blue, released in April 2016, has received wonderful reviews and is now available in paperback and e-book on Amazon. The audio book has been uploaded to ACX and will be available within two weeks. Toni’s especially excited about her audio book. Although an author through and through, Toni is most naturally a storyteller, communicator, and connector. Having the opportunity to “tell” her story has always been her ultimate goal.

Toni has been published in two anthologies, magazines, and several college periodicals (since returning to college at 60.) She’s working on her second memoir, Senior Cinderella, about falling in love after 50. She also writes Southern Gothic thrillers, several have been published.

Most recently her short story "Death with Dignity, One More Tomorrow” was published in Bella Online Literary Reviews Mused Magazine. You can read it here… http://www.bellaonline.com/review/issues/summer2016/tableofcontents.html

Toni is the founder and president of Sin City Writer’s Group in Las Vegas. Also a member, ex-treasurer and past conference coordinator, in Henderson Writer’s Group, the hosts of the Las Vegas Writer’s Conference.