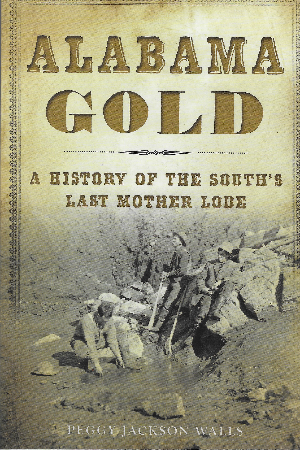 Alabama Gold – a history of the South's last motherlode

Alabama Gold tells the story of early gold mining, beginning in 1830 with the discovery of gold in Old Autauga County. With the earliest discoveries of gold in North Carolina and Georgia, southern gold mining preceded the California Gold Rush by decades, but little was recorded about America's first gold mining industry. Gold veins were formed deep within the Appalachian Mountains from Virginia through the southern Piedmont states into the foothills of Alabama. Discoveries of gold were usually accidental although gold diggers were working through the day and by lantern light at night hunting the precious mineral. The peak period of the southern gold mining came between 1835 and 1845. In 1848, with the discovery of gold in California and the 1849 Gold Rush, mining in the southern Piedmont waned. In the frenzied activity of mining, the efforts of the early miners were scarcely recorded.

Geological reports are the richest source of information although this data omits much of the story. Through a study of history and literature of the Old Southwest, the author brings together a story of the people and the period, its excitement, dangers and the determination of the settlers to own a piece of land with its promise of prosperity through the two industries that existed at the time: farming and mining.

After the end of the Civil War and the coming of the railroad, gold mining became a more viable enterprise. The central and northeast end of Tallapoosa County had the richest ore in the state with gold mining operations in pre-WWI period and ending in 1914 due to shortages in supplies and laborer caused by the War. The Depression and increased gold value renewed the interest of investors as far away as New York and London. The old mining sites went into operation for a few years. The story of gold mining at Hog Mt. in the 1930's is told through interviews Walls conducted with miners and community members. Alabama was the top producer of gold in the southern Appalachian states due to the yield of gold at Hog Mountain in 1936. Walls adds a missing chapter to Alabama history with the book Alabama Gold. 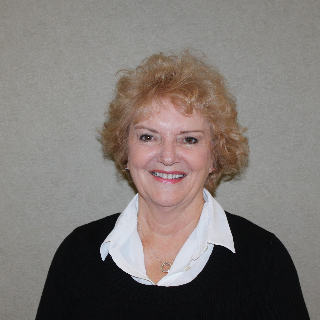 Peggy Jackson Walls is a local author, whose recently published book Alabama Gold, a history of the South's Last Motherlode remains a best seller in state and regional history, in mining and prospecting. In Alabama Gold, Walls sketches the period of time when the Old Southwest was an exciting frontier with all of the features of the wild west that was to follow. The first major gold discoveries in America took place in the Southern Piedmont states of North Carolina and Georgia. Gold discovery in 1830 in Old Autauga County was followed by two gold rushes, the first, at Arbacoochee in Cleburne County, 1835 and the second, at Goldville in Tallapoosa County. With the discovery of gold in California (1848), followed by the Gold Rush of 1849, Alabama gold diggers pulled up stakes and headed west, where they were experts in gold mining.
Peggy is the co-author of Alexander City, the pictorial history of a small, mill town. The story of Alexander City is repeated many times in other small, southern towns, where mills sustained the economy and supported local institutions of schools, hospitals and churches. Walls's research has been published in history journals, such as the Alabama Review, "Gold Mining at Hog Mountain in the 1930's" and in history books such as Alabama, The History of a Deep South State. In writing Alabama Gold, she interviewed miners and community members of mining communities in addition to researching the work of geologists, engineers and historians. In completing a documentary on Alexander City, she interviewed business owners and private citizens about the history of Alexander City, from pioneer days through mid-1990's. Ms. Walls is available for lectures and book signings. More information can be found on the following websites and Facebook pages: The history of old Alexander City; Alabama Gold; and website, http://alabamagoldyes.com/