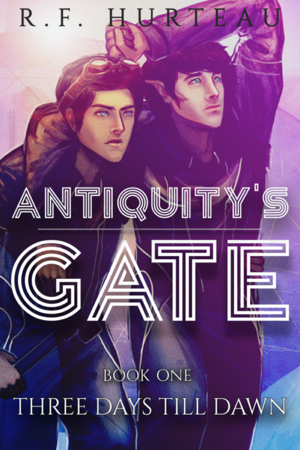 Antiquity’s Gate forced two realities to collide—what followed tore one of them apart.

Now those who remain coexist beneath the shelter of a domed Antarctic city, held together by a tenuous peace and an increasingly dystopian hierarchy. Any hope of one day leaving the confines of Sanctuary is little more than a fading ember.

A mid-level systems operator, Ripley does his best to stay out of trouble. His best friend Felix, an irreverent half-breed shunned by society, can’t seem to do the same. When Felix’s family is targeted by an unjust law, there’s nowhere to run. The city of Sanctuary had once been a safe haven—now it has become a cage.

Ripley’s desperate attempt to help his friends escape tragedy uncovers a conspiracy that envelops the last refuge of mankind in an ever-tightening net.

The people of Sanctuary have never seen a sunrise.

If Ripley and Felix aren’t prepared to make the ultimate sacrifice, none of them ever will. 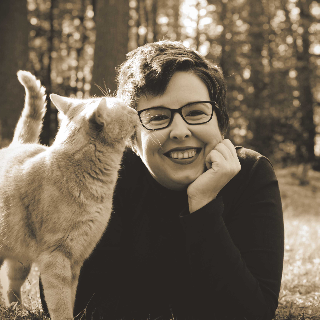 New England born, R.F. Hurteau is a simple human. She longs to drink copious amounts of coffee, enjoy the sights and smells of autumn...and turn the world into a bunch of sci-fi loving nerds.

Though it may seem a lofty goal, when one is passionate, one cannot be stopped.

Her love affair with science fiction began early. R.F. binged on Star Trek episodes before binging was a thing, painstakingly rewinding and extracting each home-recorded VHS tape to replace it with the next, always eager for more. Just one more episode...

Sadly, her family rarely shared her rabid affection for the genre. And so, she decided to use her love of writing to bring them into the fold. Antiquity's Gate was born of a desire to craft character-driven science fiction that could be both accessible and enjoyable to anyone. 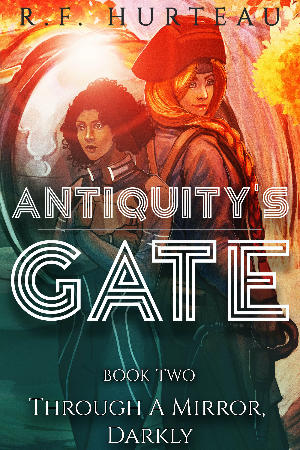 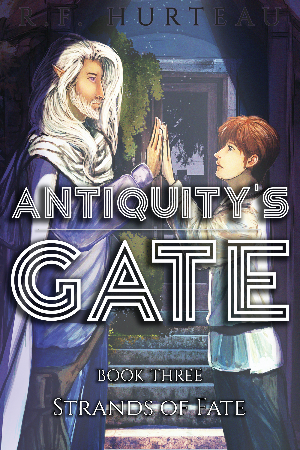