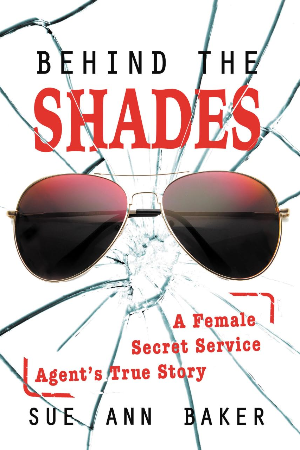 Behind the Shades – A Female Secret Service Agent's True Story

What was it really like to be one of the first five female US Secret Service agents?

As a kid growing up in Ohio, Sue Ann Baker idolized Wonder Woman and Sheena, Queen of the Jungle. She dreamed of fighting crime, striving for justice, and becoming a leader as self-assured and savvy as her heroes.

When, in 1971, the US Secret Service decided to hire the first five female agents, Sue Ann got her chance. She entered the clandestine world and traversed the globe guarding foreign and domestic dignitaries. She also put her investigative skills to the test exposing counterfeiters and check forgers.

With her Smith & Wesson, her radio, and her wits, Sue Ann navigated a new frontier for women. And like all frontiers, Baker’s was full of challenges she could never have anticipated. Published in honor of the 150th anniversary of the Secret Service, this eye-opening memoir follows one woman’s quest to crack the glass ceiling, and serves as a timely reminder that it hasn’t shattered yet. 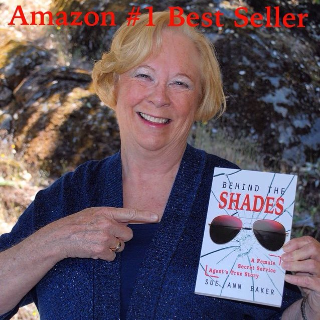 In 1968, with a degree from Ohio University under her belt and all her worldly belongings in a trailer, Sue Ann set off for Washington, DC to start her career as a…what? She had no life plan and was just happy to find work, finally embracing the exciting world of law enforcement as a DC cop earning $8000 a year.

In her book Behind the Shades, she describes her journey from DC cop to becoming one of the first five female agents in the elite US Secret Service in 1971. During the 1972 presidential campaign she crisscrossed the county protecting presidential hopeful Shirley Chisholm and Senator George McGovern’s wife, Eleanor. A thirteen day, ten country trip to the Middle East with the Secretary of the Treasury, William Simon and his wife, was a highlight of her career.

A speaker and author, Sue Ann is uniquely qualified to share her story of overcoming fear and building confidence to become the alpha woman she was born to be.