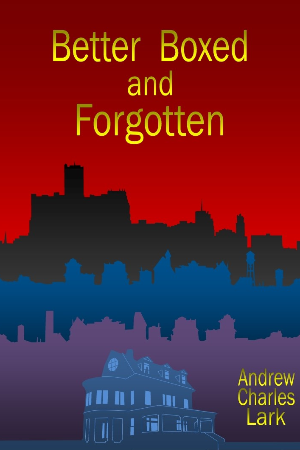 In the capitol of all rust-belt urban wastelands, Daniel Lintz inherits the family mansion, a rundown, ramshackle assembly of boards, located in a once tony neighborhood where rot and decay have taken hold. While inventorying the mansion’s contents with the mysterious family lawyer, Mr. DuMichelle, Daniel discovers his great-grandfather’s life’s work: a meticulously archived treasure trove of lost papers, secret military hardware, and fantastic inventions, all locked away and hidden in exile for a century. But why were these incredible relics boxed-up and forgotten in a dusty old archive?

Daniel quickly falls under the spell of the mansion’s allure and sets about restoring it to its original splendor. He becomes possessed by the strange and fantastic powers hidden in the archive’s hundreds of crates. One fateful night Daniel is visited by a malevolent entity that leads him to one crate tucked away in a far off corner of the archive—a crate containing perhaps the most important invention in the history of the world—an invention however, with a fatal and deadly flaw. 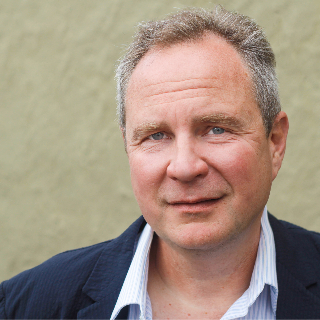 Andrew Lark graduated from Wayne State University in Detroit, MI with a Bachelor’s Degree in English. "Better Boxed and Forgotten" is his first novel. Andrew’s novella, "Pollen" appears in the newly released dystopian anthology "Postcards from the Future – A Triptych on Humanity’s End." "The Persistence of Whispers," the sequel to "Better Boxed and Forgotten" will be finished one of these days. His play, "Stop Up Your Ears!", a farcical play about Florence Foster Jenkins won Wayne State University’s Heck-Rabi award and was produced at the Hilbery Studio Theatre in Detroit, Michigan. Another play, "Ask Me! Tell Me!" was professionally produced at the Ringwald Theatre’s GPS in Ferndale, Michigan and also the Hudson Theatre’s Play by Play Festival in Hudson, New York, where it won a Ten Best of the Year award. Andrew is the writer and director of the upcoming podcast series, "Dark Waters." He lives in Saint Clair Shores, Michigan with his wife Karen, and Georgie, the Corgi-Terrier mix.