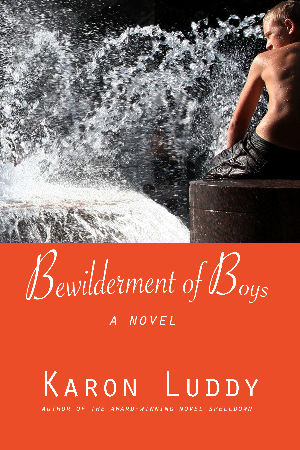 “Give this novel to everyone you know, but not before you devour every delicious morsel of it yourself.” Cathy Smith Bowers, N. C. Poet Laureate 2010-2012

A drought has besieged Red Clover, South Carolina and the heart of seventeen-year-old Karlene Bridges. Her big sister, Gloria Jean, is pregnant, and everyone carries on as if she were incubating the Light of this World—but Karlene feels hysterical at becoming an aunt at such a young age. Billy Ray Jenkins, former heartthrob, joined the United States Navy six months ago, and Karlene has been incommunicado ever since. To soothe her jangled nerves, she has started writing songs—and she is terrible at it. Truly terrible. And now, Spencer, her songwriting buddy, might get drafted and end up sloshing around in rice paddies in Vietnam, which agonizes Karlene because she knows that peace of any kind is unobtainable on this whirling blue planet.

Bewilderment of Boys is the sequel to Karon Luddy’s debut novel Spelldown, which received starred reviews from Publisher’s Weekly and Kirkus Reviews. Luddy delivers a powerful love story through the eyes of Karlene Bridges, its wide-eyed, sharp-witted protagonist, who dives into the deep end of her own life and tries to solve the riddle of Life itself during the most tumultuous year of her life. This poignant, heartrending novel stands on its own firm foundation. You don’t need to read Spelldown to enjoy or understand it. 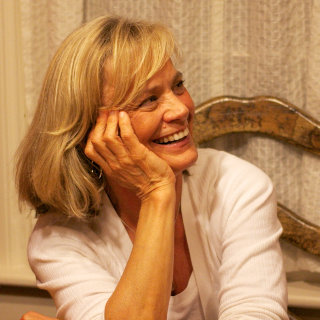 Karon Luddy was born in Lancaster, SC, the fourth of six children of hardworking, salt of the earth parents. During a midlife renaissance, she left her career at Apple Computer to pursue her lifelong passion literature. She earned her MFA in Creative Writing at Queens University in Charlotte, NC, where she lives with her family and their dog Oscar. She also teaches writing classes in the American Studies Department at UNC Charlotte.

Luddy’s second novel Bewilderment of Boys was published in 2014. It is a sequel to Spelldown, and Kirkus Review called it “a charmingly perceptive follow-up that should appeal to both teenagers and adults.”