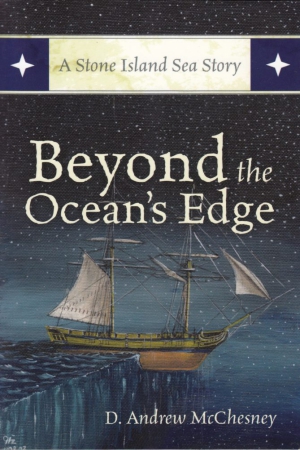 Beyond the Ocean's Edge – A Stone Island Sea Story

“No, sir! Not that, sir!” Hotchkiss was nearly beside himself in his fright, and it fast approached a full panic. Odd, that such a slight distraction could affect Pierce’s friend that way. Isaac had always been the cooler of them.

Hotchkiss continued on. “Ed! You didn’t see it?” The use of his captain’s first name on deck attested to the first lieutenant’s growing apprehension and maddening confusion.

“See what, Isaac, my old friend?” Pierce recognized his shipmate’s state of mind and did not correct his lapse of quarterdeck etiquette. Clearly, a more personal and comfortable approach was needed.

“The stars! The stars, Ed! We weren’t just looking up at ’em. We were amongst them. There was the sea, and then there wasn’t. An’ the stars were below us as well! And we were there, right among them, like we were the stars themselves, or the moon, or….”

“I’m sure you saw what you’ve described. Unfortunately, I chanced not to see it, although I have had a strange feeling of timelessness.”

In 1802 Royal Navy Lieutenant Edward Pierce is on half pay during the Peace of Amiens. He gains command of a vessel searching for a lost, legendary island. When found, Pierce and crew discover the island exists in an entirely different world. Exploring around Stone Island, HMS Island Expedition sails headlong into mistaken identities, naval battles, strange truces, dangerous liaisons, international intrigue, superstition, and ancient prophecies. Detained by the equivalent of Great Britain, Pierce struggles to free ship and crew. Despondent over surrendering and possibly never seeing Evangeline again, Pierce’s discovers new friends working to liberate him and his crew. 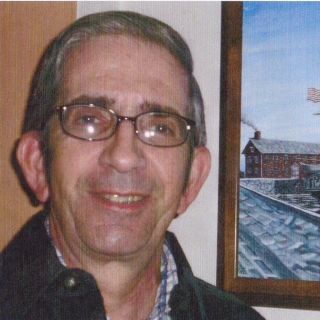 Long fascinated with the age of sail and the great sailing navies, D. Andrew McChesney served in the modern US Navy as an aviation electronics technician. After completing a twenty-two year career he revived and revised a story first written in high school. Beyond the Ocean’s Edge: A Stone Island Sea Story was published in May 2012. Sailing Dangerous Waters: Another Stone Island Sea Story placed second in the Author! Author! Great First Pages Contest. McChesney is Secretary and Web-Master for Spokane Authors and Self-Publishers (SASP), a member of the Pacific Northwest Writers Association (PNWA), and recently joined the Historical Novel Society (HNS).

He resides in Spokane, Washington with his wife Eva and daughter Jessica. Visit the author at www.stoneislandseastories.com.