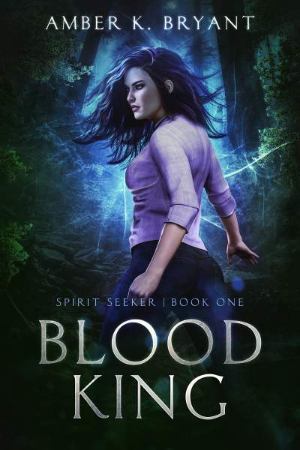 Sybille Esmond never wanted to inherit her family’s weird business: summoning spirits of the undead and guiding them to the afterlife. While it pays the bills, dealing with supernatural monsters comes with colossal risks, including becoming undead herself.

When tall, dark, and undead Elis Tanner, a reformed member of the soulless ever-after, invades Sybille’s life, bringing with him a possessive, disembodied ex-wife, those risks get complicated, and those complications become dangerous.

Sybille must aid Elis in confronting his jealous ex while also investigating the Blood King, a beast who refuses to die—by stake or by poison.

After a harrowing possession leaves her burned and bruised, Sybille finds herself drawing closer to the tempting Elis, who may be the only one capable of helping her kill the unkillable. With the Blood King and his legions of undead closing in, she discovers her own life is far from the only thing in jeopardy. 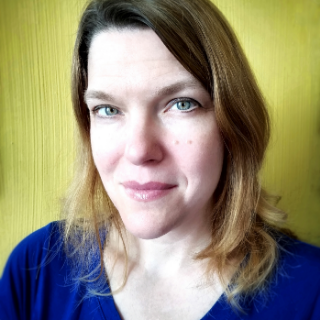 Amber K. Bryant is an award-winning speculative fiction and romance writer living deep within Sasquatch territory in Washington State. Her stories have gained over ten million reads on Wattpad, where she has built a world-wide fan base. She collaborated on a short story with R. L. Stine and won several contests judged by Margaret Atwood.

When she isn’t writing, she works as a librarian and spends time with her husband and son enjoying the beauty of the Pacific Northwest. She has yet to spot Bigfoot but has faith it will happen one day. Blood King is her debut novel.