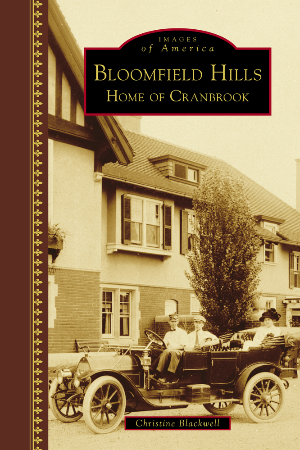 Bloomfield Hills is consistently ranked as one of the wealthiest communities in America consisting of more than 1,000 households. Filled with historical photos and colorful anecdotes, "Bloomfield Hills: Home of Cranbrook" is the first published hardcover book emphasizing the history of Bloomfield Hills. The book contains many never-before published photos and information gathered from interviews.

The history of the city of Bloomfield Hills is covered from its earliest days up to the mid-1990s. The contents are 61 percent about the city’s history and 39 percent about the Cranbrook Educational Community, the main attraction within the city and its de facto park, since the city has no public parks and no public schools within its borders. Some of the prominent people mentioned or discussed in the book include Aretha Franklin, Charles Lindbergh, John DeLorean, Eddie Kendricks of the Temptations, Roger Penske, George and Mitt Romney, Florence Knoll, Bob Seeger, Eero Saarinen, Minoru Yamasaki, and many more!

Bloomfield Hills retains its mystique as an enclave of elegant living and exceptional schools, but its history also includes instances of poverty and mayhem. Learn about the area’s pioneers and visionaries and the incredible legacies they left behind. 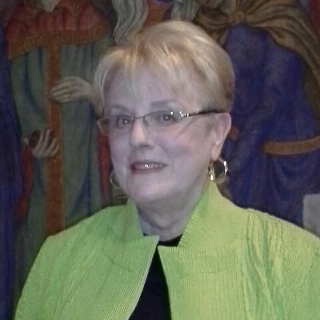 Christine Blackwell, a long-time resident of Bloomfield Hills, is a former editorial director for Houghton Mifflin Harcourt who now writes regularly for Bloomfield Hills Living magazine and other publications. She has a master's degree in journalism and has taught writing at Michigan State University, Lawrence Technological University, and Valencia College (Florida).

She feels honored to have worked with so many residents and professionals who were generous with their time and knowledge to help her provide an accurate and unique record of the area’s history. When she is not researching and writing, she is creating art and teaching college-level English courses.