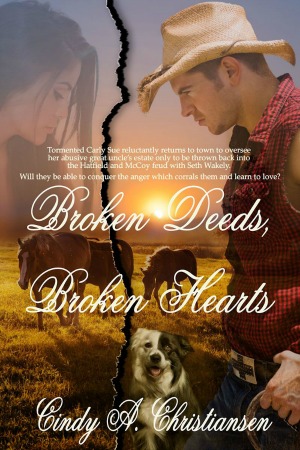 At the age of fifteen, Carly Sue McCluskie ran away from the family farm to escape her abusive great uncle Ezra and the torment of her classmates only to end up homeless on the streets of Salt Lake City. Eight years later, she reluctantly returns to oversee Ezra’s estate and is not surprised to learn someone killed the old codger. What she didn’t expect is someone attempting to kill her.

Seth Wakely and his family have been feuding with the McCluskies for a lifetime, but that doesn’t stop him from helping a neighbor in need. Seth is as surprised as a pig laying an egg when he learns someone in their little country town might have killed Ezra and now Carly Sue’s life is in danger.

Seth finds himself torn between protecting her and the bitter memories of the past, including what he did to Carly Sue. Good thing he can send his Border collie, Jewel, over to protect her.

Will their Hatfield and McCoy relationship continue, or will Carly Sue and Seth be able to conquer the anger which corrals them and, instead, learn to love? 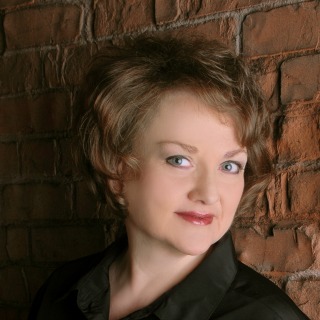 Bestselling author, Cindy A Christiansen, has combined her love of dogs with her joy of writing to create an award winning combination. Her novels always include canine characters both in the pages and on the cover, an extension of the credit she gives to her extraordinary rescue dogs for their part in helping her overcome numerous challenges. In a reciprocal gesture for their love and devotion, a portion of the proceeds from her books are donated to assist abandoned and abused dogs.

She lives in Utah with her loving husband, two creative children with autism, and a pack of rambunctious dogs.

Fly into a good book!