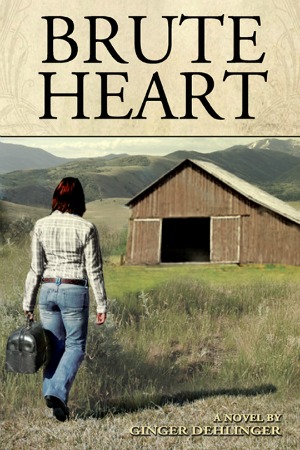 Better with animals than she is with the men in her life, Jordan Miller is drawn to men who are controlling and critical like her father. Shortly after earning her veterinary license, her father is diagnosed with a terminal illness. He expects her to use her vet school training to euthanize him. She doesn't end the life of an animal in her care unless there is no other option. How she handles her father’s shocking request exposes a hidden weakness, but gives this young woman the self-confidence she needs to control her own destiny.

Jordan’s journey from penniless farm girl to Doctor of Veterinary Medicine highlights the delightful effect animals have on our daily lives. Set in southern and central Oregon, glowing descriptions of the state’s natural beauty are woven into this story of a broken family’s poignant interaction. 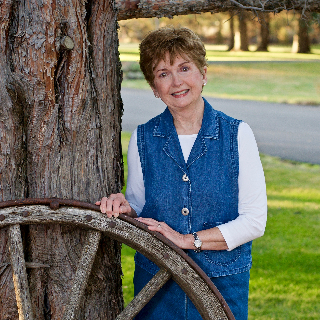 Ginger Dehlinger is a native Oregonian who writes about the American West. Brute Heart, a novel set in Oregon, was a finalist in the contemporary fiction category for the 2012 Big Al's Books 'n Pals People's Choice Award. "Last Ride," an essay about tumbleweeds, won first prize in the 2011 Rising Star contest for Pacific Northwest writers. A short story, "The Embroidered Sheets," was a finalist for the Women Writing the West "Laura" award in 2013. Ginger has also received recognition for her poetry.

She is a member of the Central Oregon Writer's Guild, Women Writing the West, and the executive committee of the Lake of the Woods Oregon Historical Society. She also participates in a critique group of fellow writers. In her spare time she enjoys hiking, reading, and travel.

Ginger was born and raised in Klamath Falls, Oregon. After high school she attended the University of Oregon where she majored in history, minored in English, graduating with a Phi Beta Kappa key. She has traveled to many countries and has lived in several cities including New York , Los Angeles, Portland, and greater Phoenix. She now lives in Bend, Oregon with her husband Dick and a cat named Kiki. 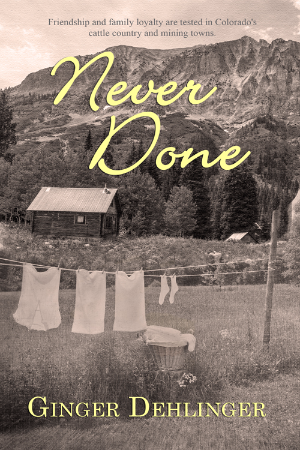