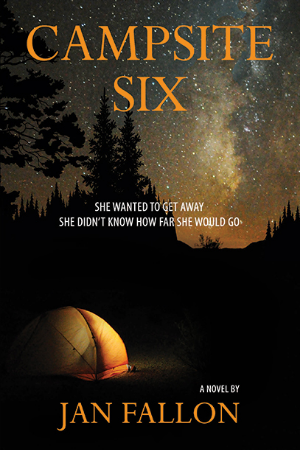 Campsite Six – She wanted to get away. She didn't know how far she would go.

Campsite Six is about Evie Clayborn, a young professional who wants to get away. She escapes the city to find some rest at a secluded campsite, but Campsite Six isn't as secluded as she thinks. She has to run. Her life depends on it. Now she wonders, which is worse--being lost or found?

Evie wants to quiet the noise from her past, with a mother who keeps it all too fresh, and a dark secret that follows her everywhere. Had her imagination run wild, or was she being followed?

It seemed everyone, in heaven and on earth, was searching for Evie Clayborn—but one had the worst of intentions. They had to find her first. It was her only hope.

Campsite Six invites readers to root for Evie during her most vulnerable moments, to care deeply about her loss and life, and identify their own fears and faith through a fantastic lens that lets their minds wonder about redemption, eternity, and the nearness of God. 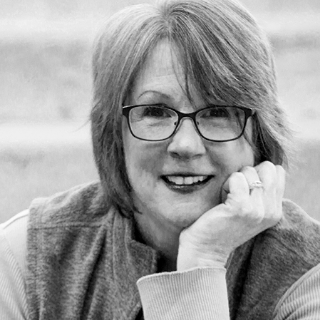 Jan is an author and artist who keeps busy writing and working as a web and graphic designer. Her recently released debut novel, Campsite Six, is based on parts of her story that are fictionalized in its pages through the life of Evie Clayborn.

“I enjoy writing about the ways of life and the ways of God, which are at the same time both worrisome and wondrous. Stories of the Bible can leave me wondering about the areas we see only through a darkened glass (1 Corinthians 13:12). I write to answer this wonder with plausible possibilities that are close to home and bring readers closer to God.”

Campsite Six, a quick-paced, speculative-suspense novel filled with what-ifs is such a story.

Her novel in progress entitled The Catechism of Emily Pry is scheduled to be released the Fall of 2019.