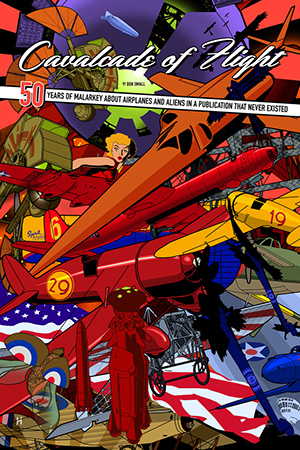 The full title is:"Cavalcade of Flight: 50 years of malarkey about airplanes and aliens in a publication that never existed." And that barely scratches the surface of what's inside.

Artist Ben Small of Cleveland put together a giant, 11 by 17 inch, book of posters that tell the story of how the world of aviation was changed in 1911 when an alien spacecraft crashed landed in Ohio. The two pilots were hardly conquerors, but rather a couple of alien oddballs who wanted to go exploring.

With an architect's eye for precision and an unbridled imagination, Small tells the story of a new age of aviation and its impact on the board in a very unusual way: through posters which were covers of the non-existent magazine. Any page would look great hanging on the wall, but I would hate to tear it out of the book. 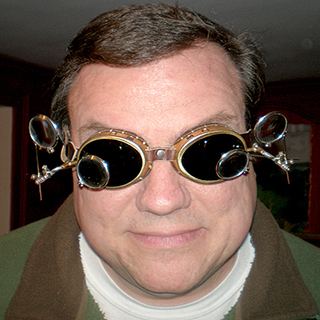 Ben Small is a graphic artist living in Cleveland, on the shores of Lake Erie with his wife, Beth and two cats.