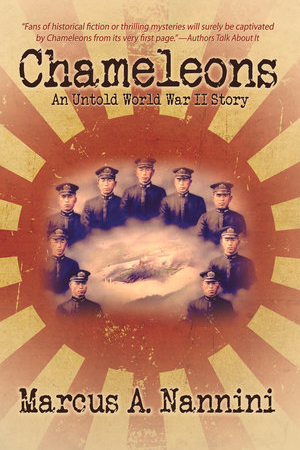 The Captain of a Japanese midget submarine sinks the Battleship Oklahoma, scuttles his sub in West Loch, swims ashore and melds into the local population never to be heard from again…until now.

Script Treatment: The opening scene takes place within the cramped, steam room-like conditions of a two man Japanese midget submarine lying on the muddy bottom of Pearl Harbor as if it were an animal waiting to pounce upon an unsuspecting prey. The date is Sunday, December 7, 1941. The time is just before eight in the morning and as the reverberations from aerial torpedo and bomb explosions rock the little submarine the two men jump to their controls and the midget sub comes to life.

The commander lines up the mighty battleships West Virginia and Oklahoma and launches two torpedoes, one at each ship. Disappointed the warhead striking the West Virginia proves to be a dud, they experience temporary elation when the second underwater missile rips apart the Oklahoma, causing her to capsize. The sight of white-clad sailors scampering over the side of the dying ship proves very sobering to the Commander and his engineer as elation is replaced with sadness and respect as the opening scene fades to black.

The second scene takes place at an ocean-front residential setting in present-day Kailua, Oahu. A pair of laid-back Hawaiian excavators are installing a pool for a popular woman known by all in the neighborhood as “Auntie Lee.” When they discover a corpse clutching a strange looking pistol the work comes to a halt, causing “Auntie Lee” a great deal of consternation for she plans to host a party for the high school graduation of her favorite grandson the following month.

A US Navy investigative team is called upon to determine the identity of the skeleton and soon discover they are looking at the engineer of the Japanese midget submarine, I-16-tou, the very submarine responsible for sinking the Oklahoma, presenting them with a significant mystery: What happened to the midget submarine’s commander? Word of the mysterious skeleton is leaked to a local newspaper which sends their most aggressive reporter, Lani Gale, to investigate.

The Commander, still alive and living in retirement on Oahu, reads the newspaper story and realizes there is a race between the Navy and Gale to find him. Convinced he will be located and his world shattered, he makes a decision to relate his life story to his Annapolis-bound grandson rather than have him read about his arrest in the paper. The telling of his true history, beginning in pre-war Japan, through internment in Honolulu and California, the Korean Conflict and into the present-day is interspersed with the progress of the Navy and Gale as they hunt him down.

The concluding scenes comprise a dizzying sequence of events which tie up all the loose ends and sets up the sequels.

PURCHASE AT THE PUBLISHER'S LINK BELOW AND SAVE TWENTY PERCENT (20%) WITH THIS CODE: PRINT 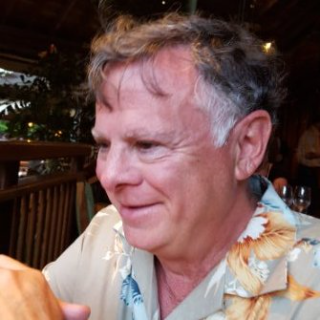 (Excerpted from Dinner with Himmler) Marcus Nannini began his journalistic career when he published his own newspaper in the sixth grade, charging twenty five cents for the privilege of reading the only printed copy of each edition. During his undergraduate years Nannini was a paid reporter and worked three semesters as the research assistant for journalism professor and published author Richard Stocks Carlson, Ph.D.

Nannini is a history buff with a particular interest in World War II. As he began to make friends with some veterans he researched their stories. The result was a series of interviews leading to the soon to be published World War II anthology: Dinner with Himmler.

Nannini researched the background of each story in Dinner with Himmler, often discovering information the subjects were unaware of and sometimes presenting information the nature of which jogged memories and resulted in a flood of long-since forgotten experiences. At times all it took was for him to present a relevant photo, such as a B-24 parked on an island runway or of a patrol depicting the capture, and disposal, of German prisoners to bring memories back into the forefront. It was not unusual for a spouse to confide in him that she never heard some of the stories before. Nannini also seamlessly inserts elements of his research into each chapter to generate a realism placing the reader directly into the action.