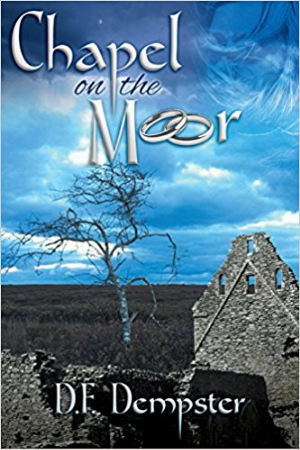 Chapel on the Moor

A hauntingly beautiful pre-sunrise dawn assaults Frank Dole’s senses as he sets out on his accustomed early morning fishing ritual at a remote shoreline near his island summer home. Tiring of the age-old trademark of ocean surfcasting – the fruitless casting out and reeling in, he wanders aimlessly along the shore and is soon confronted by a mirage, both real and alive – a mysterious young woman sleeping supine on a green towel up near the dunes. Despite deep confusion and hesitation, he screws up enough courage to approach and engage her in conversation.

Awakening later to an empty beach with no hint of the woman except for the green towel now draped over his legs, he proceeds home completely stymied as to who or what she was and why he had fallen asleep. Meanwhile, in the nearby Village Elizabeth Geary and her daughter Merritt have recently arrived on the island for the summer to participate in the reopening and dedication of a long abandoned rural church built far out on the desolate moors some fifty years earlier by Elizabeth’s eccentric grandfather, Matthew Fox.

What follows can only be described as a virtual treasure hunt replete with impossible apparitions, obscure clues, false leads, surprising discoveries and a cast of local Village characters each holding partial ill-fitting pieces to the growing puzzle of the chapel’s existence. Over the next few days, Frank desparately tries to reconcile subsequent appearances and disappearances of his enigmatic female phantom, all somehow connected to the derelict chapel on the moor. Flashbacks to a century earlier reveal the story of Matthew Fox’s deep devotion to his beautiful young lover, Jennifer Lydia, their subsequent marriage, her tragic death during childbirth, his twenty year disappearance out into the world and later return home, and his obsession with designing and building the chapel.

In the process the past and present slowly merge into a single perplexing amalgam of reality and fiction resulting in unearthed answers leading to further buried questions. The slow, relentless buildup and arrival of a devastating northeaster storm during all the action brings a surprising resolution to the mystery surrounding the chapel and it’s builder as well as the catastrophic end to the chapel itself. 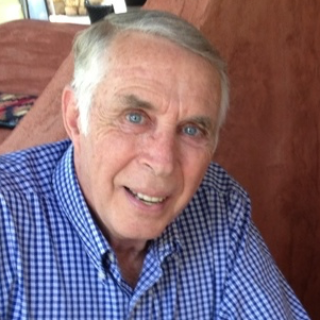 Duncan Dempster is a freelance writer who, having spent the better part of a lifetime employing words and language as a matter of vocational expedience, has discovered late in life the joys and challenges of juggling words and ideas in a purely avocational mode. A retired career Naval officer and later a part-time bank property manager and internet service technician, he is now fully retired in the institutional sense and totally immersed in his newfound career of developing his dream retirement home on the Big Island of Hawaii.

His passion for writing in general and fiction writing in particular knowing well words and ideas rattle around in his head like stray atoms vying for escape. He is an avid believer in the power of words to evoke emotion and its corollary, the power of emotion to inspire words. Thus he strives to use language as a tool to paint the landscapes of human relationships and feelings and to employ those feelings to flesh out and define the limits and boundaries of words.

Other than a few stabs at poetry and lyric writing, Chapel on the Moor is his first serious attempt to trace the outlines and color the contours of relationships through the telling of a story. Though steeped in mystery bordering on fantasy, the story can be as real or as fanciful as the reader chooses to imagine. In this author’s view, both are valid interpretations of reality.