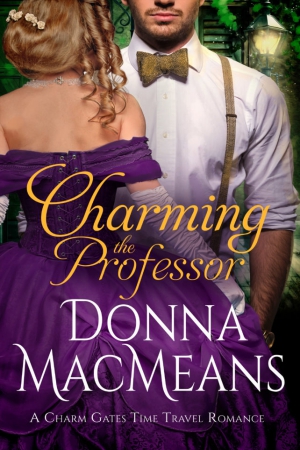 The Charm Gates have stood at The Court of Two Sisters for more than a century with no one guessing the secret they hold. A jealous, vindictive Spanish queen and a blackmailed alchemist have encased French charm teacher Madeline Charlebois’s essence inside the gates, at least until a grieving professor touches them during a storm and Madeline tumbles out, not in her own 19th century Spain, but in 21st century New Orleans.

Quantum physics Professor Grant Stewart has mourned his wife’s death for the last three years. But he must move on for his young daughter’s sake, the child who delights in terrorizing babysitters. Grant needs adequate childcare to pursue tenure at Tulane. What he doesn’t need is a French beauty believing nonsense like time-travel and voodoo, whose very being is melting his heart.

Maddie may be without resources, but she’s good at making new friends, even if they are on the quirky side. She believes Professor Stewart can return her home, but first she must earn his trust to win his cooperation. Babysitting his daughter gives her both proximity to and love for the child. Will Grant be the key to returning to her time? Or will she, in turn, unlock his frozen heart? All they need is time and maybe a little voodoo… 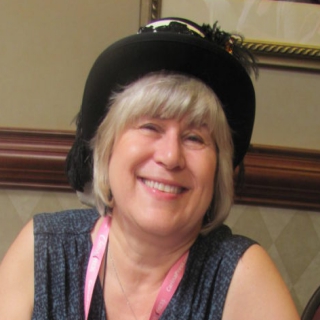 A licensed CPA, she has published six books with Random Penguin, and two as an independent author. A Romance Writers of America Golden Heart winner, she has also received Romantic Times’s Reviewer Choice Award for Historical Love & Laughter, and has been nominated for the Reader's Choice Award and the Prism award for her time-travel, Charming the Professor.

She resides in a suburb of Columbus, Ohio with her husband of 40+ years and one adult child who refuses to leave the nest.