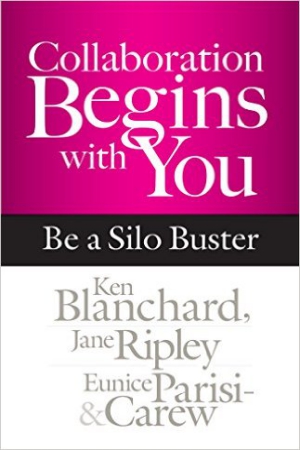 Collaboration Begins with You – Be a Silo Buster

Everyone knows collaboration creates high performing teams and organizations—and with today's diverse, globalized workforce it's absolutely crucial. Yet it often doesn't happen because people and groups typically believe that the problem is always outside: the other team member, the other department, the other company. Using a business parable style the story shows in fact, if collaboration is to succeed it must begin with you.

This book teaches people at all levels—from new associates to top executives—that it's up to each of us to help promote and preserve a winning culture of collaboration. Collaboration Begins with You helps readers develop a collaborative culture that uses differences to spur contribution and creativity; provides a safe and trusting environment; involves everyone in creating a clear sense of purpose, values, and goals; encourages people to share information; and turns everyone into an empowered self-leader.

None of us is as smart as all of us. When people recognize their own erroneous beliefs regarding collaboration and work to change them, silos are broken down, failures are turned into successes, and breakthrough results are achieved at every level. 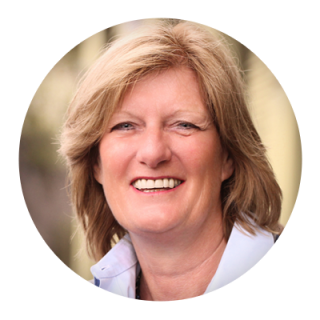 There are three themes in my experience, leadership, learning and start ups and turnarounds.

For most of the 80's I was an Army Officer. I had many roles, one of which I helped to pilot women's' place in the infantry. I also got to serve with the UN and probably the first woman in a Spearhead Battalion

For most of the 90's I was a board director of a number of small medium enterprises. This including a couple of turn arounds, one of which was an eventual sale to a large publishing firm,- raising venture capital for the acquisition of a competitor.

The last 10 years I worked with a guru of leadership development - Ken Blanchard. My experienced included working with hairdressers to miners and anything and everything in between. Some companies operated in the UK others across three continents - some were small start ups and others huge monopolies. But it was here that I was able to really understand the secret sauce of leadership and how it underpins business success. Much of my success had been down to natural extinct and the leadership skills I learned from the Army and from my co directors. 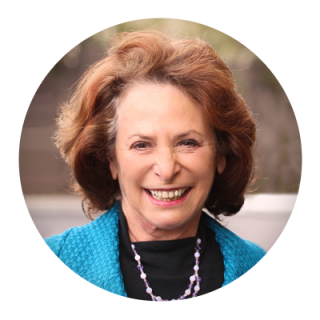 My purpose statement is to “create environments where people can be magnificent” for personal meaning. There have been three major influences in my life. The First was NTL, the second was finding my mentor Don Carew and the third was meeting Ken Blanchard

While getting my doctorate at the University of Massachusetts, my role was to act as a community counselor. This consisted of keeping the peace and coaching rdho was to be my new boss in the fall semester.

Don Carew was also a professor in the Behavioral Sciences teaching group dynamics and leadership or graduate students. Don became my mentor. With his guidance and my passion, I became emerged in organizational psychology and the power of groups in personal and profession growth and change. I changed my focus from Higher Education to Behavioral Science and did my research and dissertation on critical incidents in groups. We worked together on consulting and training jobs and started an organization, which served all of North America. My fate was sealed. By the way, I also married him. Don brought with him a deep passion for the democratization of organizations and collaborative work places, which became my own.

It was Don who introduced me to the amazing Ken Blanchard. We became fast friends. There were 8 of us who worked together teaching joint classes, working with clients and sharing our knowledge. We enjoyed it so much that we founded what was then called Blanchard Training and Development- now The Ken Blanchard Companies. The first business plan was written in my living room. I was also centrally involved in the changing of Situational (SL) to our version call Situational Leadership ll or SLll. My experiences over the past years have spanned from consulting and training all over the world. 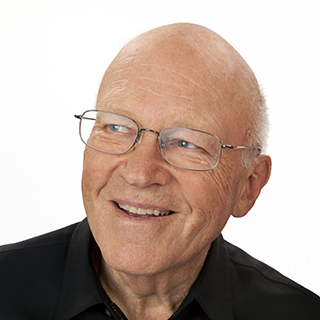 Ken Blanchard, one of the most influential leadership experts in the world, is the coauthor of the iconic bestsellers The One Minute Manager and The New One Minute Manager, as well as 60 other books whose combined sales total more than 20 million copies. His groundbreaking works have been translated into more than 42 languages and in 2005 he was inducted into Amazon’s Hall of Fame as one of the top 25 bestselling authors of all time.

He is also the cofounder with his wife, Margie, of The Ken Blanchard Companies®, an international management training and consulting firm in San Diego, California, and Lead Like Jesus, a worldwide organization committed to helping people become servant leaders.

Ken has received numerous awards and honors for his contributions in the fields of management, leadership, and speaking. The National Speakers Association awarded him its highest honor, the Council of Peers Award of Excellence. He was inducted into the HRD Hall of Fame by Training magazine and he received the Golden Gavel Award from Toastmasters International. Ken also received the Thought Leadership Award by ISA–the Association of Learning Providers.

When he’s not writing or speaking, Ken teaches students in the Master of Science in Executive Leadership Program at the University of San Diego.

Born in New Jersey and raised in New York, Ken received an MA degree from Colgate University and a BA and PhD from Cornell University.