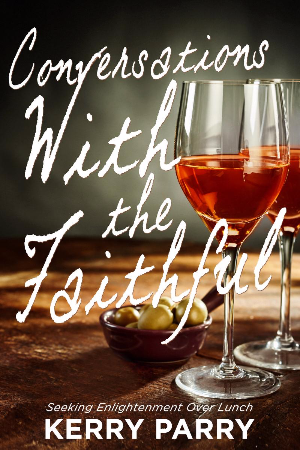 Conversations with the Faithful – Seeking enlightenment over lunch

Life without faith is a precarious way to exist. This was the position of a wannabe believer, Kerry Parry, who grew up in a family that believed religion was like sex. It was something you had to figure out on your own.

Her parents, who had left their own faiths of Mormonism and Evangelicalism, believed they were doing a favor to their children by shielding them from the trappings of religion. While skipping church had its benefits growing up, it left Kerry feeling adrift. She had no faith to hold onto during times of trouble. Even as a young girl, she envied those who were grounded within a community of believers.

A series of events—including a one-way conversation with her dead grandmother and a job loss—set Parry on a spiritual journey. After decades of feeling like an outsider, she wanted to understand and obtain the kind of faith she saw in others. She would begin a quest to speak with the faithful.

Parry questioned friends, relatives, and strangers about their beliefs. She sought people of diverse religious experiences, who practiced, depended upon, and demonstrated a faith that, in Parry’s mind, made them extraordinary.

In this diverse and creative non-fiction account, Kerry Parry takes us along on her journey– from a fog of doubt to a path of discovering authentic personal faith. She shares her “conversations with the faithful” and what, in the process, she learns about religion and belief. 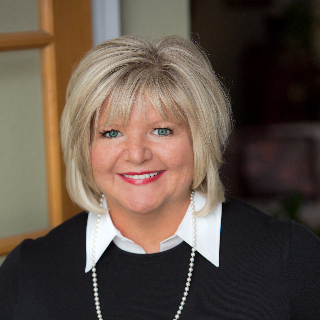 Kerry Parry is a former financial services marketing executive. Her religious training includes; watching Charlton Heston play Moses in The Ten Commandments, going to a solid half dozen church services, not counting weddings and funerals, and talking to everybody she meets about what they believe. When not talking and writing about religion, she loves politics, yoga and ghost stories.

She obtained at BA in Journalism and an MS in Advertising Management, both from Colorado Schools; UNC and DU. She makes her home in Arvada, Colorado with her three nearly grown children and one nearly adult husband.