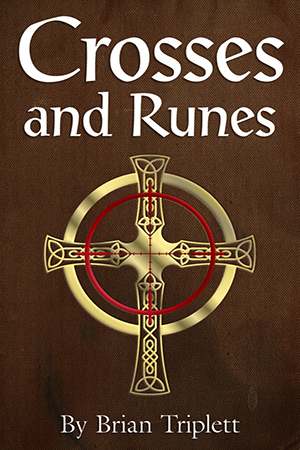 You don't need a wooden stake to kill a vampire. Two bullets to the head work just as well.

Elves and vampires are fighting a secret war. With some help from the immortal sorceress Morgan le Fay, the vampires plan on conquering the human race. The only ones standing in their way are a 155 year old half-elf sorcerer named Jonathan, his wife Miri, and a crack team of commandos with magic powers. Jonathan and his team use everything from magic swords to modern assault rifles to stand in the gap and save two worlds.

Crosses and Runes is an urban fantasy/science fiction/suspense thriller mashup guaranteed to appeal to fans of Jim Butcher and Charles Stross. 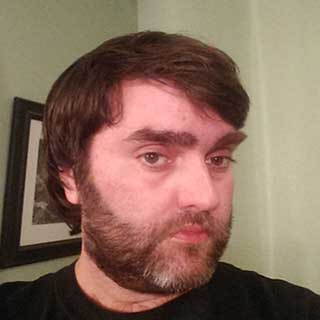 Brian Triplett is a former journalist from Spokane, Washington. He has a Bachelor's in English from Eastern Washington University. Crosses and Runes is his first novel.

Triplett is a life-long fan of the fantasy genre. While writing Crosses and Runes, he was heavily influenced by Jim Butcher, Kevin Hearne, Charles Stross, and Roger Zelazny.