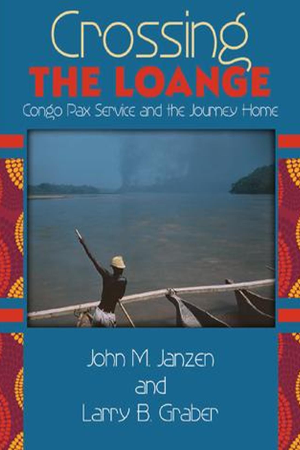 Crossing the Loange – Congo Pax Service and the Journey Home

"Crossing the Loange" chronicles the adventures of two twenty-year-old college boys as written in letters to their families from 1957 to 1959. For two full years they served as volunteers with the Mennonite Pax (Peace) alternative service program in the Belgian Congo. Subsequently they took a four-month journey by car and ship from Congo across East Africa, up through the Middle East, and into Europe.

Confronted with totally new dilemmas, dangers, and ways of life, the letters describe their dreams, work and coping mechanisms as they began to shed personal prejudices. It also reveals how they gained respect for the people with whom they were working, and how they formed a lifetime friendship with each other. Their compelling youthful and often personal writing mirrors the universal issues of coming of age and personal discovery. 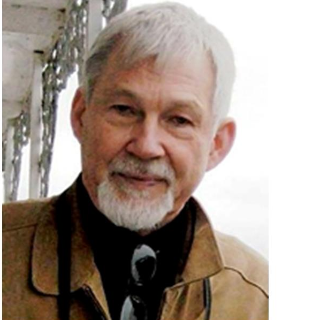 John Janzen of Newton, Kansas graduated with a B.A. from Bethel College in North Newton, Kansas, M.A. and PhD in anthropology from the University of Chicago, as well as a Certificate in African Studies from the University of Paris. He is married, and has three children and seven grandchildren. His Pax experience heavily influenced his choice of career and research focus on the Southern Savanna and Lower Congo regions, and other regions of Central and Southern Africa.

He has published books and articles on social and political affairs, religion, health and healing. His best known work, "The Quest for Therapy in Lower Zaire" was recognized by the Royal Anthropological Institute of Great Britain and Ireland with the Wellcome Medal and Award. Professor Emeritus of Sociocultural Anthropology at the University of Kansas, John has devoted 45 years to teaching, graduate student advising, and lecturing. With his wife Reinhild, an art historian, he participated in a relief and inquiry mission in Africa's Great Lakes region following the Rwandan genocide; together they published "Do I still have a life? Voices from the aftermath of war."

Professor Emeritus of Sociocultural Anthropology at the University of Kansas, John has devoted 45 years to te4aching, graduate student advising, and lecturing at KU and other colleges and universities. He has traveled widely for research, conferences, service assignments and enjoyment. With his wife Reinhild, an art historian, he participated in a relief and inquiry mission in Africa's Great Lakes region following the Rwandan genocide, with a follow-up 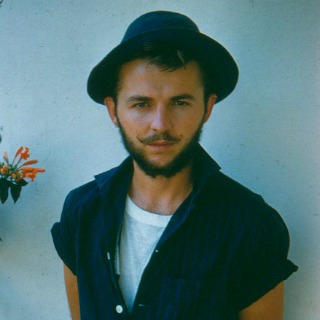 Larry Graber of Salem, Oregon holds a B.A. from Willamette University in Salem, Oregon and a Master's in Social Work from the University of Utah. He is married and has three children and seven grandchildren. Larry's long interest in Family Therapy and strategies for strengthening families led to the development of a "family group decision making model" (1989), now widely adopted in the United States, and the publication of "The Family Unity Model" (1997).

His focus on families is rooted in his Congo experiences with individuals and families facing difficulties. For his career emphasis on strengths in families while Manager of Family Based Services for the State of Oregon, he received the Manager of the Year Award at the time of his retirement. Since then he and his wife Karen have volunteered in more than 30 overseas projects.