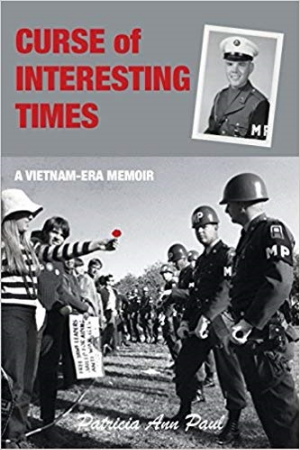 Today amidst political divides and unending military involvement in the Greater Middle East, the Vietnam quagmire feels familiar. In Ken Burns recent documentary The Vietnam War, he spoke of "the seeds of disunion” sewn during that time. He believes that Vietnam is "central to understanding who we are now.” Fake news, mass demonstrations, stolen documents—not new! Enter Amity Bridge Books' new release Curse of Interesting Times: A Vietnam-Era Memoir by Patricia Ann Paul.

Paul opens with President Lyndon Johnson's announcement on March 31, 1968, that he will not run for a second term due to the Vietnam War. Contemporary events situate each chapter historically, including political, judicial, musical, and film happenings. That year was the Age of Aquarius. Hair opened on Broadway; 16,889 American soldiers died in Vietnam; Martin Luther King, Jr and Robert F Kennedy were assassinated; Anti-Vietnam War riots roiled the Democratic National Convention; Americans elected Richard Nixon, the only president to resign. Paul graduated from university and married in June 1968. She began her adult life under the curse of interesting times.

Her memoir relates the adventures of two engaged university students caught in the military draft during that tumultuous year. Relieved to be stationed in Germany, they begin an adventurous journey adjusting to army life while discovering castles and cathedrals. But they struggle financially to live together and constantly fear his transfer to Nam. Living immersed in tragic reminders of the Cold War and World War II, they confront clashing reports about Vietnam. Their contrasting identities as former students, now military, complicate the issues. Paul explains, "It was difficult to unravel what was happening. What was right? What was wrong?" 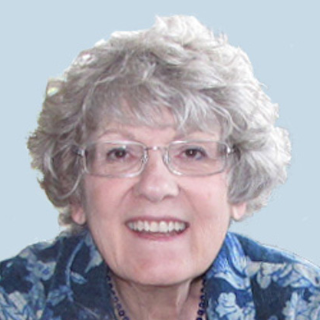 Patricia Ann Paul, a retired educator, has taught English/Language Arts, Social Studies, and Education to students from middle school through master's level in locations including Germany; Papua New Guinea; Kazakhstan; Jefferson County, Colorado; and Regis University in Denver. She has lived in six countries and traveled in fifty more, but currently resides in Castle Rock and Keystone, Colorado.

She values her training in the National Writing Project and has shared her learning and research with high schools, school districts, and school boards. She is Past-President of the Colorado Language Arts Society presenting at CLAS conferences and publishing in their journal.

In retirement she enjoys teaching literature, history, and writing classes for the Osher Life-long Learning Institute at the University of Denver and has published in OLLI’s literary magazine Reflections. In her spare time, she relaxes by traveling, walking in the pine trees in Colorado, attending her grandchildren’s athletic events, and reading and discussing thought-provoking books. She is available for interviews and appearances.