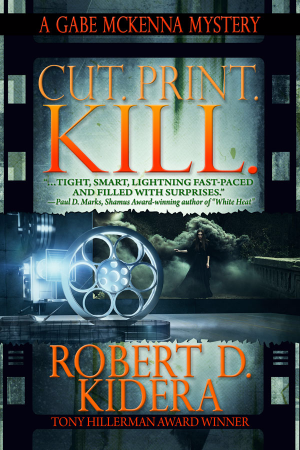 Reeling from family betrayal and tragedy, Gabe McKenna charts a new course as historical consultant on a motion picture filming in New Mexico. Before you can say "Action!", he is entangled in a web of illusion and deceit, where death plays a starring role. With the help of The Onion, a private investigator and long-time friend from New York, Gabe peels away layer after layer of dishonesty, battles brutal drug cartels, is accused of murder, and must unmask a mysterious, seductive woman to reveal the truth in a world full of lies.

“ Cut.Print.Kill., Robert Kidera’s third Gabe McKenna novel is tight, smart, lightning fast-paced and filled with surprises. Hard to believe that Kidera could top the first two books in the series, including the Tony Hillerman award-winning Red Gold, but he has!” —Paul D. Marks, Shamus Award-winning author of White Heat”

“Robert Kidera is a rising star in the mystery genre. His latest offering, Cut.Print.Kill, is an epic story propelled by a dynamic cast of characters and a roller coaster ride of action and tension. Don’t miss this third book in Kidera’s Gabe McKenna series.” —Joseph Badal, Tony Hillerman Award-Winner and Amazon #1 Best-Selling author of Dark Angel 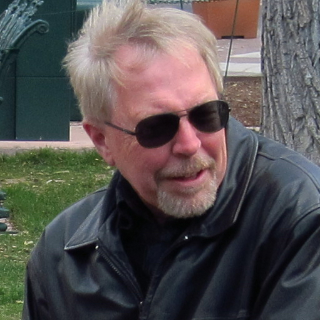 Robert D. Kidera's debut novel “RED GOLD” won the Tony Hillerman Award as the Best Work of Fiction in 2015 at the New Mexico-Arizona Book Awards. It was also chosen as Best Mystery of 2015 and Best eBook. The first installment in the McKenna Mystery series, it was followed by "GET LOST" published in March of 2016 from Suspense Books. This second book is a Finalist in two categories for the 2016 NM/AZ Awards as well, for Best Mystery and Best E-Book. The third book in the series, "CUT.PRINT.KILL." is set to follow on September 5, 2017.
After an early fling in the motion picture industry and a long and successful career in academia, Mr. Kidera took early retirement in 2010 to fulfill his lifelong ambition to become a writer. He is a member of Southwest Writers, Sisters in Crime, Rocky Mountain Fiction Writers, and the International Thriller Writers organizations. The author lives in Albuquerque, New Mexico with his wife Annette and Woody the Cat. He has two daughters, a grandson and granddaughter. 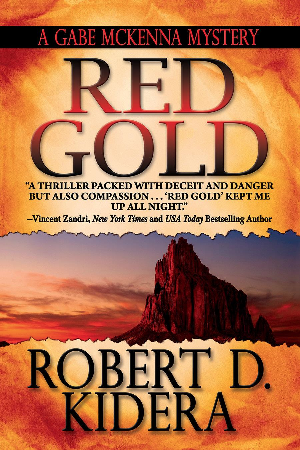 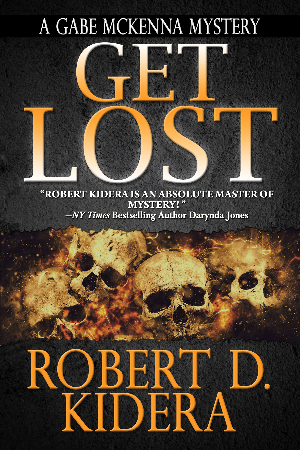