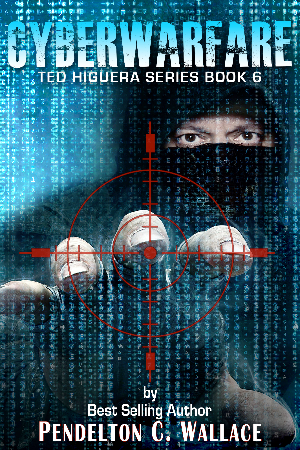 Terrorists launch and all-out cyber-attack on the United States. Ted Higuera is inexorably drawn into the plot, making him a suspect.

Ted Higuera, son of Mexican immigrants, is a talented cyber-security analyst who’s earned the nickname of “Hacker for Hire.” He and his posse dig deep into the Dark Net to discover who is trying to bring the United States to its knees.

Unfortunately, the cyber-terrorists know Ted is on their trail and set him up to take the fall.

Can he stay out of the grasp of Homeland Security and discover who is behind this mysterious attack?

Join Ted and company as they negotiate the twisted path that leads them to the bad guys. You won’t be able to put this one down.

WARNING: There are graphic scenes of torture in this book. 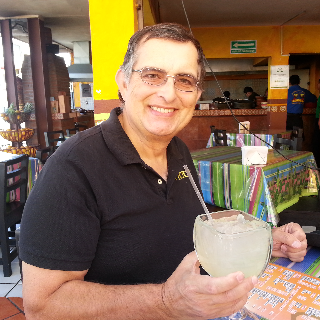 Penn Wallace is a writer, editor, and the author of three Amazon #1 bestsellers, The Chinatown Murders, The Cartel Strikes Back, and Christmas Inc. His books include the Ted Higuera Thrillers and the Catrina Flaherty Mysteries.

The Ted Higuera Series, about a young Latino security analyst, jump-started Penn’s career. The Catrina Flaherty Mysteries are about a kick-ass private eye on a mission from God.

If Chevy Chase had played Indiana Jones, he would be Penn Wallace. Penn has a thirst for adventure, but nothing ever seems to go exactly as planned.

In 2012 Penn left his career as a software engineer and set sail for the warm blue waters of Baja California in his 56-foot sailboat.

Penn currently resides in San Diego and teaches classes on Indie Publishing, eMarketing and other writing topics, but expect him to set sail for new adventures soon. As always, he is working on his next book.