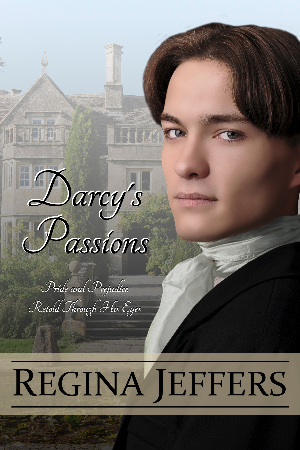 Darcy's Passions – Pride and Prejudice Retold Through His Eyes

FITZWILLIAM DARCY loves three things: his sister Georgiana, his ancestral estate, and Elizabeth Bennet. The first two come easily to him. He is a man who recognizes his place in the world, but the third, Elizabeth Bennet, is a woman Society would censure if he chose her for his wife. Can he risk everything he has ever known to love an impossible woman, a woman who has declared him to be "the last man in the world (she) could ever be prevailed upon to marry"?

Revisit Jane Austen's beloved novel, Pride and Prejudice, retold from Mr. Darcy's point of view. Discover his soul-searching transformation from proud and arrogant into the world's most romantic hero. Experience what is missing from Elizabeth Bennet's tale. Learn something of the truth of Fitzwilliam Darcy's pride. Return to your favorite scenes from Austen's classic: Darcy's rejection of Miss Elizabeth at the Meryton assembly; the Netherfield Ball; his botched first proposal; his discovering Elizabeth at Pemberley; and Darcy's desperate plan to save Lydia Bennet from George Wickham’s manipulations, all retold through his eyes. Satisfy your craving for Austen's timeless love story, while defining the turmoil and vulnerability in a man who possesses everything except the one thing that can make him happy. 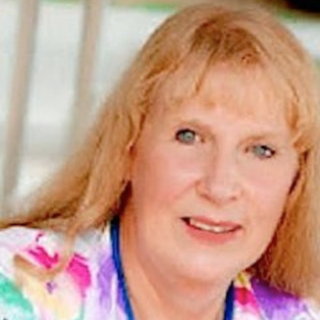 A master teacher, for thirty-nine years, Regina passionately taught thousands of students English in the public schools of West Virginia, Ohio, and North Carolina. Yet, “teacher” does not define her as a person. Ask any of her students or her family, and they will tell you Regina is passionate about so many things: her son, children in need, truth, responsibility, the value of a good education, words, music, dance, the theatre, pro football, classic movies, the BBC, track and field, books, books, and more books. Holding multiple degrees, Jeffers often serves as a Language Arts or Media Literacy consultant to surrounding school districts and has served on several state and national educational commissions.

Regina’s career began when a former student challenged her to do what she so “righteously” told her class should be accomplished in writing. On a whim, she self-published her first book, Darcy’s Passions. “I even paid one of my former students to draw the cover. The book was for them and for me. I never thought anything would happen with it. Then one day, Ulysses Press contacted me. They had watched the sales of the book on Amazon, and they offered to print it. That was the beginning of this madness.”

Since that time, Jeffers has continued to write. “Writing was just my latest release of the creative side of my brain. I have taught theatre, even participated in professional and community-based productions when I was younger. I have trained dance teams, flag lines, majorettes, and field commanders. My dancers were both state and national champions. I simply need that time each day to let the possibilities flow.” “When I write now, I write as I used to choreograph routines for my dance teams; I write the scenes in my head like a movie. Usually, it plays there for several days being tweaked and rewritten, but, eventually, I put it to paper. Generally, it does not change much from there because I completed several mental rewrites before the pen and paper are included.” Jeffers admits that she still has much to learn about writing. Being trained in theatre and in journalism, she knows she must work on her description. “Telling the story through dialogue is usually not my problem. Making certain my reader sees what I see in my head is where I struggle.” 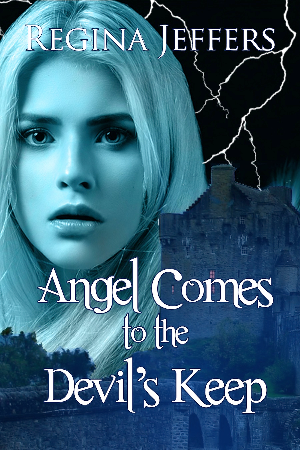 Angel Comes to the Devil's Keep