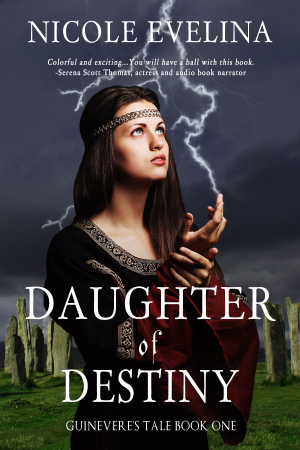 Before queenship and Camelot, Guinevere was a priestess of Avalon. She loved another before Arthur, a warrior who would one day betray her.

In the war-torn world of late fifth century Britain, young Guinevere faces a choice: stay with her family to defend her home at Northgallis from the Irish, or go to Avalon to seek help for the horrific visions that haunt her. The Sight calls her to Avalon, where she meets Morgan, a woman of questionable parentage who is destined to become her rival. As Guinevere matures to womanhood, she gains the powers of a priestess, and falls in love with a man who will be both her deepest love and her greatest mistake.

Just when Guinevere is able to envision a future in Avalon, tragedy forces her back home, into a world she barely recognizes, one in which her pagan faith, outspokenness, and proficiency in the magical and military arts are liabilities. When a chance reunion with her lover leads to disaster, she is cast out of Northgallis and into an uncertain future. As a new High King comes to power, Guinevere must navigate a world of political intrigue where unmarried women are valuable commodities and seemingly innocent actions can have life-altering consequences.

You may think you know the story of Guinevere, but you’ve never heard it like this: in her own words. Listen and you will hear the true story of Camelot and its queen.

Fans of Arthurian legend and The Mists of Avalon will love Daughter of Destiny, the first book in a historical fantasy trilogy that gives Guinevere back her voice and traces her life from an uncertain eleven year old girl to a wise queen in her fifth decade of life.

Daughter of Destiny was named Book of the Year by Chanticleer Reviews and took home Silver for Best New Voice from the Independent Book Publishers Association’s (IBPA) Benjamin Franklin Awards, in addition to winning gold in five additional competitions.

Nicole Evelina is a multi-award-winning historical fiction and romantic comedy writer. Her most recent novel, MADAME PRESIDENTESS, a historical novel about Victoria Woodhull, America's first female Presidential candidate, was awarded the prestigious B.R.A.G Medallion and was the first place winner in the Women’s US History category of the 2015 Chaucer Awards for Historical Fiction.

Her debut novel, DAUGHTER OF DESTINY, the first book of an Arthurian legend trilogy that tells Guinevere’s life story from her point of view, was named Book of the Year by Chanticleer Reviews and took home Silver for Best New Voice from the Independent Book Publishers Association’s (IBPA) Benjamin Franklin Awards, in addition to winning gold in five additional competitions.

Its sequel, CAMELOT'S QUEEN, was named Fiction Book of the Year by Author’s Circle and Best Second Book by the Next Generation Indie Book Awards, took first place in the myth/legend category of the Ozma Awards for fantasy, and was a finalist for four other awards, including the fantasy category of the Midwest Book Awards, where it took second to its prequel, Daughter of Destiny.

BEEN SEARCHING FOR YOU, her contemporary romantic comedy, was named a Novel of Excellence by Author’s Circle, won the romance category of the Midwest Book Awards and took Silver in romance category of the Independent Book Publishers Association’s (IBPA) Benjamin Franklin Awards, in addition to winning three additional romance competitions and finaling in two more.

Nicole is currently working on her first non-fiction book, THE ONCE AND FUTURE QUEEN (2017) which traces the evolution of the character of Guinevere in Arthurian legend from her Celtic roots to the present day. She's also writing a Guinevere-related novella and MISTRESS OF LEGEND (2018), the final book in her Guinevere's Tale trilogy.

Nicole’s writing has appeared in The Huffington Post, The Philadelphia Inquirer, The Independent Journal, Curve Magazine and numerous historical publications. She is one of only six authors who completed a week-long writing intensive taught by #1 New York Times bestselling author Deborah Harkness. As an armchair historian, Nicole researches her books extensively, consulting with biographers, historical societies and traveling to locations when possible. For example, she traveled to England twice to research the Guinevere’s Tale trilogy, where she consulted with internationally acclaimed author and historian Geoffrey Ashe, as well as Arthurian/Glastonbury expert Jaime George, the man who helped Marion Zimmer Bradley research The Mists of Avalon.

Nicole is President-elect and self-publishing liaison for the Romance Writers of America (RWA)’s Missouri chapter (MORWA). She is also a member of and book reviewer for The Historical Novel Society, as well as a member of the Historical Fiction Writers of America, International Arthurian Society - North American Branch, Romantic Novelists Association, Novelists, Inc., the St. Louis Writer’s Guild, Alliance of Independent Authors, the Independent Book Publishers Association and the Midwest Publisher’s Association. 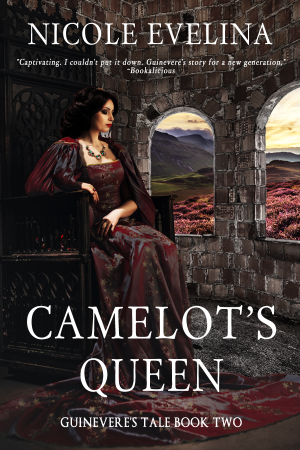 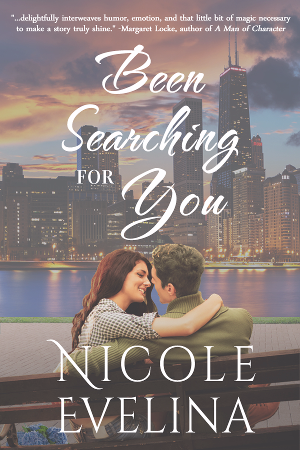 Been Searching for You 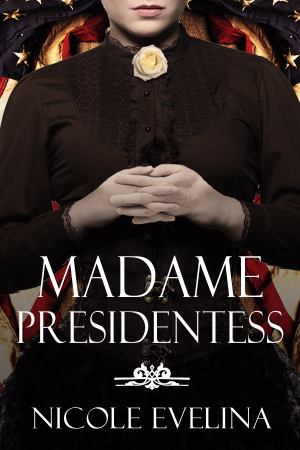