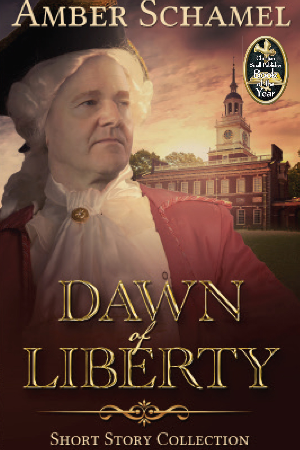 Liberty comes with a price. Can a fledgling nation bear the cost?

British forces advance upon a struggling colonial army. The time of decision has come. Declare independence, or give up the fight. The weight of a nation rests on Samuel Adams' shoulders as he joins the delegates of the Second Continental Congress. Can he raise the cause of Liberty above the fear of the King's wrath in the hearts of his countrymen?

Three riveting short stories follow Samuel Adams as he struggles through the events surrounding the Declaration of Independence and evokes the Dawn of Liberty. 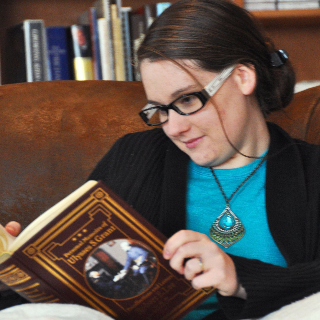 Amber Schamel writes riveting stories that bring HIStory to life. She has a passion for history, books and her Savior. This combination results in what her readers call "historical fiction at its finest". A homeschool graduate from a family of 12 children, Amber found her calling early in life. First published at age 21, she has continued to hone her craft and has been awarded the 2017 CSPA Book of the Year Award in Historical Fiction. Between ministry, family and working in their family-owned businesses, Amber loves to connect with readers and hang out on Goodreads with other bookish peoples. Find her on the Stitches Thru Time blog, or on any of the major social media sites. Amber is an active member of American Christian Fiction Writers.