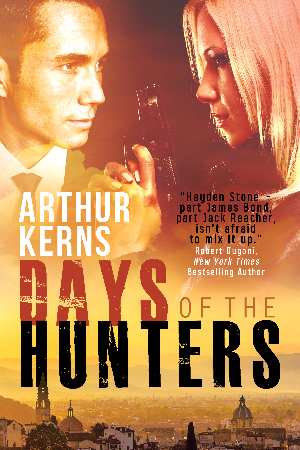 Days of the Hunters – Intrigue, Mayhem, and Romance in Sunny Italy

The Days of the Hunters is a spinoff of the Hayden Stone “Contract” trilogy, where no-nonsense CIA officer Sandra Harrington assumes equal status with Stone in preventing a Saudi renegade from killing Stone and destroying the world-renown Duomo in Florence, Italy. Hayden Stone, a retired FBI agent and now a CIA operative works with his partner, Sandra to thwart Abdul Wahab, a rich, influential Saudi who is intent on building his terrorist organization to cripple the United States and the Western powers. Wahab’s ultimate goal is to overthrow the Saudi Arabian monarchy and replace it with members of his own tribe. (Mirrors current happenings in Saudi Arabia today)

Hayden Stone lives in Contessa Lucinda’s Tuscan villa when terrorists send a seven-year-old girl with explosives strapped to her chest to Stone’s doorstep. The assassination attempt fails, but the CIA pulls Sandra from her post in Paris to aid Stone. She is a serious professional, yet has an unresolved conflict over her infatuation with Stone who is engaged to the Contessa.

The Tuscan countryside, Cyprus, Beirut, Cairo, and Paris paint the story background to provide local color. The main locale being in Italy, the cuisine, and countryside is pictured throughout the book. 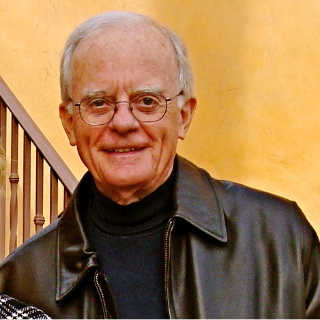 Arthur Kerns joined the FBI for a career in counter-espionage and counter-terrorism. Upon retirement, he became a consultant with the Intelligence community and the Department of State. His lengthy assignments took him to over sixty-five countries. He earned degrees in International Relations from St. Joseph’s College in Philadelphia and an MBA from New York University. He spent a year studying Arabic at the Defense Language Institute in Monterey, California. A past president of the Arizona chapter of the Association of Former Intelligence Officers, he is married with two sons. His award-winning short stories have been published in a number of anthologies.

He is a book reviewer for the Washington Independent Review of Books. Diversion Books, Inc. NY published his espionage thrillers, The Riviera Contract and The African Contract. The third in the series, The Yemen Contract, was released in June 2016. A spin-off, Days of the Hunters, based in Tuscany is expected to be published in 2019. In addition to his espionage thrillers he has completed a mystery based on the unsolved 1929 murder of an FBI agent in Phoenix. The manuscript won an Arizona Authors Association award for unpublished novel. 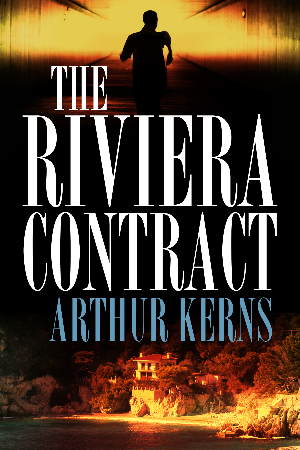