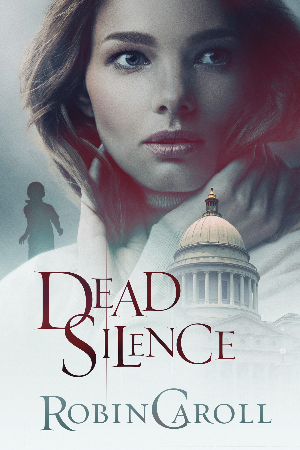 Elise Carmichael is a court sign language interpreter who reads lips all the time. As a widow with a young son who is deaf, lip-reading is simply second nature, until the day she reads the lips of someone on the phone discussing an attempt to be made on a senator’s life—a senator who just happens to be her mother-in-law. Before she can decide what she needs to do, she receives the information that her son is rushed to the ER and she must leave. Then she later sees the news report that her mother-in-law has been shot and killed. But when she comes forward, her life, as well as her son’s life, may now be in the crosshairs of the assassin. 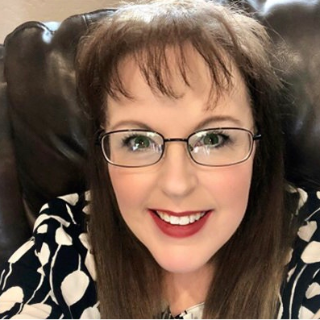 Robin Caroll grew up in Louisiana with her nose in a book. She still has the complete Trixie Belden series, and her love for mysteries and suspense has only increased with her age.

Robin’s passion has always been to tell stories to entertain others and come alongside them on their faith journey—aspects Robin weaves into each of her published novels. Best-selling author of thirty-plus novels, ROBIN CAROLL writes Southern stories of mystery and suspense, with a hint of romance to entertain readers. Her books have been recognized in several awards, including the Carol Award, HOLT Medallion, Daphne du Maurier, RT Reviewer’s Choice Award, and more.

When she isn’t writing, Robin spends quality time with her husband of over three decades, her three beautiful daughters and two handsome grandsons, and their character-filled pets at home in the South. Robin serves the writing community as Executive/Conference Director for ACFW. To find out more about Robin, visit www.robincaroll.com.