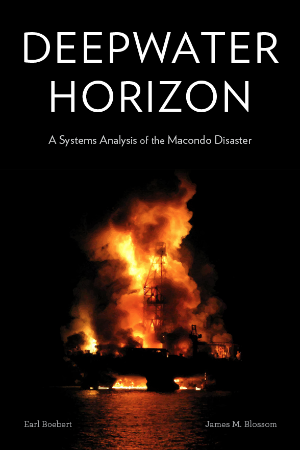 Deepwater Horizon – A Systems Analysis of the Macondo Disaster

Senior systems engineers Earl Boebert and James Blossom offer the most comprehensive account to date of BP’s Deepwater Horizon oil spill. Sifting through a mountain of evidence generated by the largest civil trial in U.S. history, the authors challenge the commonly accepted explanation that the crew, operating under pressure to cut costs, made mistakes that were compounded by the failure of a key safety device. This explanation arose from legal, political, and public relations maneuvering over the billions of dollars in damages that were ultimately paid to compensate individuals and local businesses and repair the environment. But as this book makes clear, the blowout emerged from corporate and engineering decisions which, while individually innocuous, combined to create the disaster.

Rather than focusing on blame, Boebert and Blossom use the complex interactions of technology, people, and procedures involved in the high-consequence enterprise of offshore drilling to illustrate a systems approach which contributes to a better understanding of how similar disasters emerge and how they can be prevented. 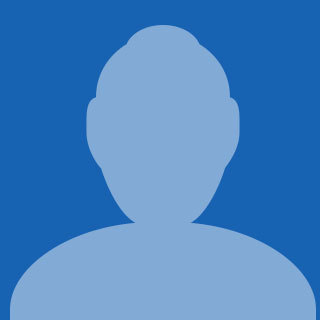 I wrote my first computer program in 1958 as an undergraduate at Stanford. In 1961 another student and I automated the halftime card stunts for football games, the earliest known application of computing to pixel graphics. I was nominated for “Pioneer in Computer Graphics,” but SIGGRAPH said human pixels didn’t count :-)

While at Stanford I also served terms as dorm president and president of the Stanford Sports Car Club, and was awarded a grant to visit the Air Historical Branch of the Royal Air Force to research the history of the Eagle Squadrons, the American volunteers to the RAF. This was in support of an undergraduate honors thesis that was eventually published by the American Aviation Historical Society and was the first secondary source written about these pilots. Inquiries about copies should be made to the Society Webmaster

After graduating I became an Electronic Data Processing Officer in the United States Air Force, where I was awarded the Air Force Commendation Medal for my efforts in converting systems from assembly to high−level programming languages.

I then joined Honeywell, where I did new systems development and acted as technical liaison to the computer division of Nippon Electric. I was one of the three lead designers on an Air Force project called UNTS, the Undergraduate Navigator Training System, also known as the T-45 system.The system generated real-time synthetic landmass radar for 55 student stations, each of which could simulate flight up to Mach 2 and an altitude of 70,000 feet. It was the largest distributed real-time system of its day (early 1970s) with 150 networked computers and a gigabyte of real-time storage. It and its upgrades served for 37 years and trained over 20,000 students.

When Honeywell bought the GE computer business in 1969, I became involved with the Multics project, which was constructing a multi-user system that was at least 20 years ahead of its time. I managed a group that produced security enhancements for that system, acted as liaison to Nippon Electric in an unsuccessful attempt to sell a Multics system in Japan, and learned a lot about large-scale corporate mergers. Notably, that they almost never work.

I contributed to the design and verification of software for the Saab JA37B autopilot, which was the first full-authority digital fly-by-wire system to fly operationally.

I performed similar tasks for the Mark 48 torpedo and the Space Shuttle main engine controller. I led the engineering of several advanced electronic security systems, rose to the grade of Senior Research Fellow and won Honeywell’s highest award for technical achievement. I acted as a corporate-wide software project troubleshooter and, based on that experience, developed a course on systems engineering and project management that was attended by over 3,000 students in 13 countries.

I also was a regular consultant to the Weapons System Support Activity at the Naval Weapons Center, China Lake, where I focused on the management and verification of the A6E Operational Flight Program software.

I then became technical founder and Chief Scientist of Secure Computing Corporation where I led the creation of the Sidewinder security server and other security products.

My final position before retirement was as a Senior Scientist for Sandia National Laboratories, where I lead and participated in a variety of analysis projects.

After retirement I served a short tour as a cyber security consultant to the Advisory Committee on Reactor Safeguards of the Nuclear Regulatory Commission.

I am listed as inventor on 13 patents in computer and communications security.

In 2016 I was elected to the American Model Yachting Association Hall of Fame, in recognition of my contributions to the hobby and sport of radio controlled model sailboats. I am the Historian for the U.S. Vintage Model Yacht Group, have edited its publication “The Model Yacht” since 1998, and have helped curate the sailing models of Nathanael Herreshoff which are in the Herreshoff Museum in Bristol, RI.

James Blossom's technical experience began in 1969 in the United States Air Force where he was a Weapons Control Technician at Da Nang RVN, and at Udorn Thani RTAFB in northern Thailand.

In 1973 he began a twenty-year career as a Senior Technologist at Los Alamos National Laboratory. After that he became the C.E.O. of Positronix Photocontrols, Inc., a Senior Engineer at G.E. Instrument Control Systems, and then the V.P. of Engineering for kWh Automation.