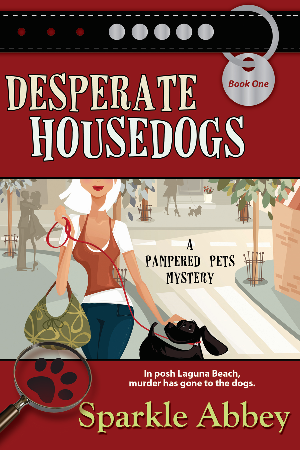 In posh Laguna Beach, murder has gone to the dogs...

When Caro Lamont, former psychologist turned pet therapist makes a house call to help Kevin Blackstone with his two misbehaving German Shepherd dogs, she expects frantic dogs, she expects a frantic dog owner, she even expects frantic neighbors. What she doesn't expect is that two hours later the police will find Kevin dead, his dogs impounded; and that as the last person to see Kevin alive (well, except for the killer) she is suddenly a person of interest, at least according to Homicide Detective Judd Malone. 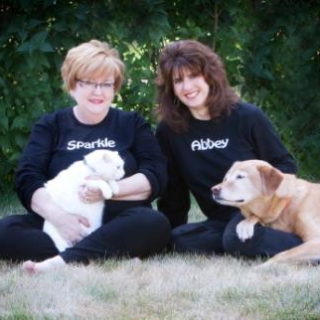 Sparkle Abbey is the pseudonym of two mystery authors (Mary Lee Woods and Anita Carter). They are friends and neighbors as well as co-writers of the Pampered Pets Mystery Series. The pen name was created by combining the names of their rescue pets-- Sparkle (Mary Lee's cat) and Abbey (Anita's dog). They reside in central Iowa, but if they could write anywhere, you would find them on the beach with their laptops and depending on the time of day, with either an iced tea or a margarita.

Sparkle Abbey is the author of 8 cozy mystery novels from Bell Bridge Books. Desperate Housedogs, the first book in the series, was a Barnes & Noble Nook #1 best-seller and was followed by Get Fluffy, Kitty Kitty Bang Bang, Yip/Tuck, Fifty Shades of Greyhound, The Girl with the Dachshund Tattoo, Downton Tabby, and Raiders of the Lost Bark. The books are available through all major outlets as well as through independent booksellers.

Visit the authors at www.SparkleAbbey.com. 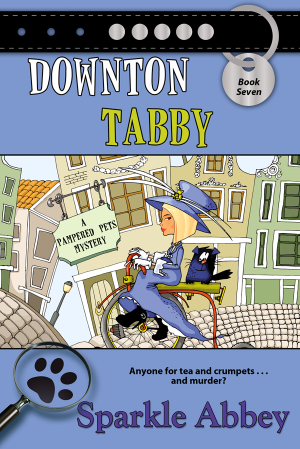 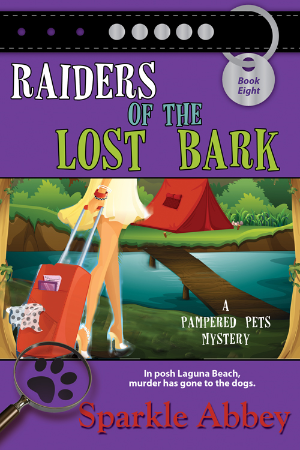 Raiders of the Lost Bark 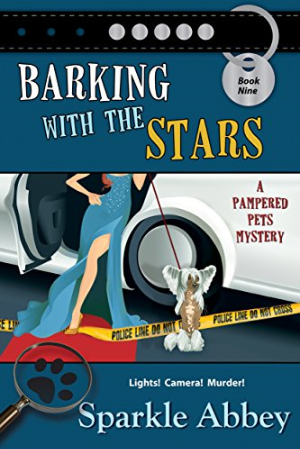 Barking with the Stars 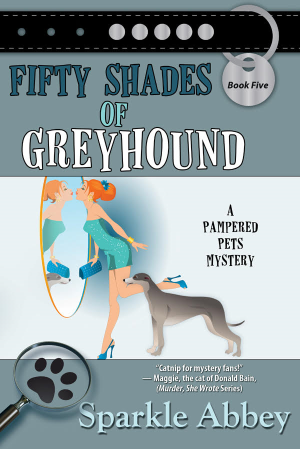 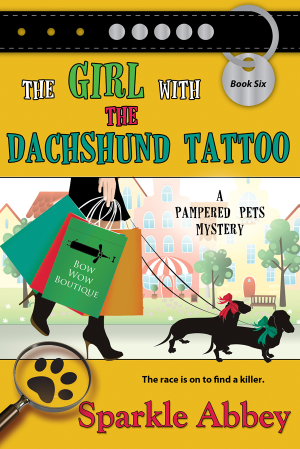 The Girl with the Dachshund Tattoo