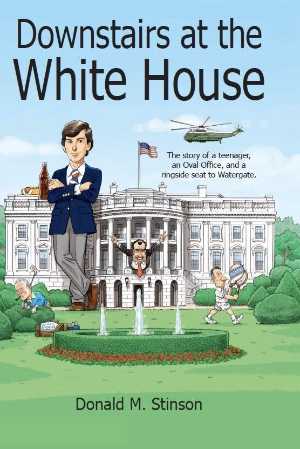 Downstairs at the White House – The story of a teenager, an Oval Office, and a ringside seat to Watergate.

At the age of 17, Don Stinson accidentally landed a job in the White House during Watergate, the largest political scandal in American history. A truly insignificant member of the Nixon White House staff, he frequently loitered outside of the Oval Office to watch it unfold.  What he saw throughout the White House ran the gamut from the deeply profound to the wildly hilarious. He was also a kid who did the same kind of harebrained things most teenagers do. Only steps away from the Oval Office, he fought with a foreign head of state for space in a restroom. ​​He devised a shortcut that tripped countless alarms and summoned an agitated band of Secret Service agents. He spilled ice ​water on Frank Sinatra's sock. And that was just the small stuff. A funny, fast-paced memoir, Downstairs at the White House is richly decorated with presidents, first ladies, celebrities . . . and events that shook America. 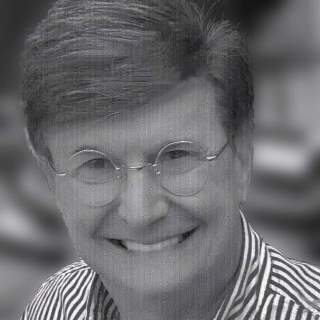 Don Stinson is a graduate of American University and a former newspaper executive.  A truly insignificant member of the White House staff during Watergate, he frequently loitered outside of the Oval Office.

After the collapse of the Soviet Union, he worked with newspapers in Russia, Slovakia, and Poland to establish a free and independent press. ​ His accomplishments included being held hostage in a smelting plant, sleeping in an insane asylum guarded by sheep herders, and fighting a goat defending a lavatory door on Russian airliner Aeroflot.  ​​The goat won. ​ ​ He (the author, not the goat) lives in Miami, Florida.