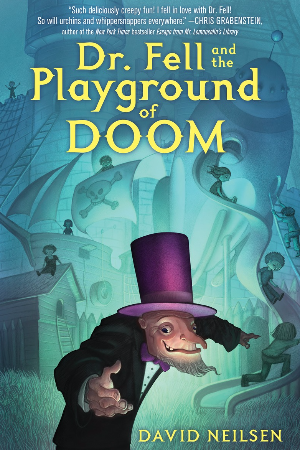 Dr. Fell and the Playground of Doom

When the mysterious Dr. Fell moves into the abandoned house that had once been the neighborhood kids’ hangout, he immediately builds a playground to win them over. But as the ever-changing play space becomes bigger and more elaborate, the children and their parents fall deeper under the doctor’s spell.

Only Jerry, Nancy, and Gail are immune to the lure of his extravagant wonderland. And they alone notice that when the injuries begin to pile up on the jungle gym, somehow Dr. Fell is able to heal each one with miraculous speed. Now the three children must find a way to uncover the doctor’s secret power without being captivated by his trickery. 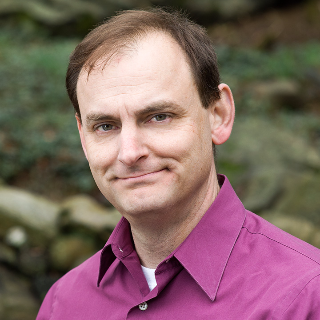 DAVID NEILSEN is the author of two Middle Grade horror/comic/fantasies published by Crown Books for Young Readers. His debut novel, Dr. Fell and the Playground of Doom, was named an Editor’s Pick by Amazon, won the Silver Falchion Award for Best YA/Tween Horror or Fantasy of 2017, and was a Semifinalist for Best Middle Grade / Children’s Book in the 2016 Goodreads Choice Awards. His second book, Beyond the Doors, was published in August, 2017.

Before turning to slightly-creepy children’s literature, David spent a dozen years working as a writer in Hollywood, culminating in optioning a pilot to 20th Century Fox (that went nowhere), and penning the screenplay for the Straight-to-DVD film “The Eliminator” (rent it, he dares you).

A classically trained actor, David works as a professional storyteller based in Sleepy Hollow, NY and spends much of October spooking the bejeebers out of people or performing one of his one-man shows based on and inspired by the works of H. P. Lovecraft. He lives with his wife, son, daughter, and two very domineering cats. 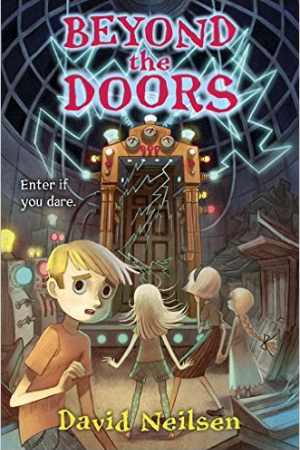