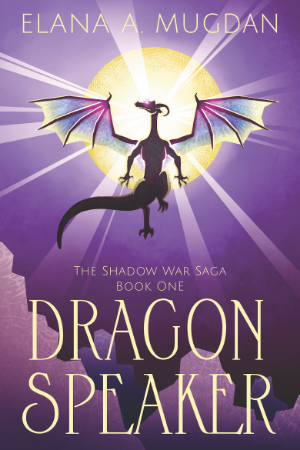 Dragon Speaker – Book I of The Shadow War Saga

Everyone knows this story: an unlikely young hero is chosen by divine providence to save the world from a terrible evil.

Except Keriya Nameless is crippled, without the ability to wield magic—in fact, she's the only person who doesn't have powers of her own. The god who chose her is a mysterious dragon with a knack for exploiting loopholes in rules. Oh, and that terrible evil the world needs to be saved from? Maybe it’s not quite as evil as everyone says.

As Keriya ventures into the magical realm of Allentria, she learns things aren't black-and-white, and not everything is what it appears to be. Her quest would test the courage of even the bravest hero, and as the chosen Dragon Speaker, she quickly learns she's at the center of an age-old war . . .

A war that will decide the fate of everything. 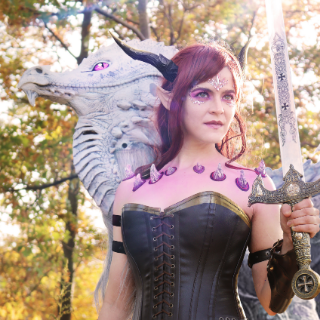 Elana A. Mugdan is an author and screenwriter based in New York City. She has received many accolades in the film industry, including a number of awards for her feature-length comedy, Director’s Cut. In 2015 she stepped away from film to focus on her writing career, and in 2016 her debut fantasy novel, Dragon Speaker, was released in the UK via Pen Works Media.

For the past two years, Elana has devoted her time to traveling across the country on book tour. She has appeared at schools, libraries, and bookstores nationwide to talk about her award-winning series, The Shadow War Saga. Her second novel, Dragon Child, launched in May 2019 at the Union Square Barnes & Noble, the world’s largest bookstore. Her third novel, Dragon Blood, is slated for release in March 2020.

Recently, Elana garnered acclaim and media attention for her year-long stint without use of a smartphone. In a contest sponsored by Coca Cola and vitaminwater, Elana agreed to forego use of any handheld scrolling technology for 365 days. She found the experience liberating and enlightening, and has done a series of talks on the subject. 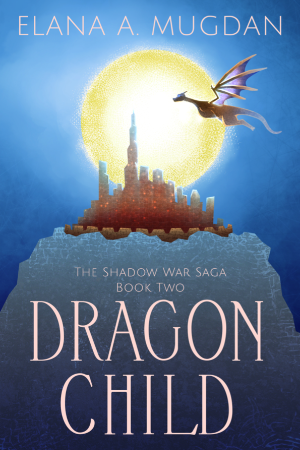 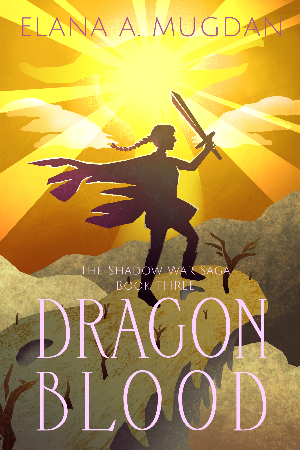