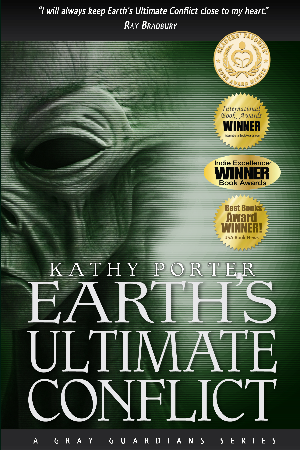 Rosa De Angelo and Ellen McCarthy are about to become two of the newest victims of SEAS - Severe Environmental Allergy Syndrome. Haunted by dreams of orbs in the night, they wake up to news reports of UFO swarms and alien abductions by the thousands.

Separated from their families, Rosa and Ellen are ushered into isolation tent cities established to prevent the public from having any further exposure to the growing number of SEAS victims.

With the SEAS pandemic, coupled with increased seismic activity, and climate change threatening Earth, United States President Barbara Unger is searching for human salvation. She is contacted by two alien species, the Grays and the Guardians, both offering conflicting methods of action to save Earth.

The Grays offer to transport of up to one million humans to their planet, Nuur, mostly women of childbearing age as a safety measure to save humanity. The Guardians insist the Grays plan to use humans to create a dangerous hybrid species, that the diminished state of Earth is only temporary, and it will survive this crisis.

Knowing the Grays have manipulated us while the Guardians ulterior motives are unknown, President Barbara Unger will ultimately have to decide who is friend and who is foe. Will she place the fate of the human race into the hands of the Grays or Guardians?

Porter thrusts us right into the action. Ordinary people caught in a terrifying scenario must take extraordinary measures to save their children, themselves, and possibly Earth. This is a real Science Fiction thriller and a great read that will introduce you to a group of confused, frightened residents of Kathy Porter's Planet Earth.

Readers will never feel the same about the occasional ringing in their ears. 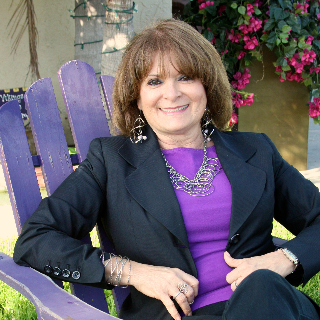 Kathy Porter grew up in Endicott, New York, the birthplace of IBM and only a short distance from where one of her favorite TV series creators, Rod Serling, was raised. Kathy's lifelong interest in science fiction ignited when her father, a science teacher, showed her craters on the moon and taught her about the constellations. She grew up watching science fiction movies and TV shows. Ray Bradbury's Martian Chronicles was her first delve into a science fiction novel, and she has been hooked ever since.

"I think I was born telling stories," Kathy explained during a recent interview. "As second to the oldest of seven children, the girls all slept in one bedroom. I loved making up bedtime stories with an eerie edge to frighten my sisters: tales about fairies, leprechauns, and aliens."

In September of 1961, reports of Barney and Betty Hill's alien abduction claims took the media by storm. Kathy has been fascinated by their story of science fiction turned reality and "are we alone?"

"The concept of the Gray Guardians Series initially came to me in a dream that lingered in my mind for hours. Finally, I told my husband about it over coffee and explained to him that if it were a book, I would love to read it. He said, 'If you want to read it, you have to write it.' With his encouragement and support, Earth's Ultimate Conflict came to fruition. That's how the Gray Guardians Series began."

Science fiction fans of all ages are applauding the appearance of this bold new voice for the genre. 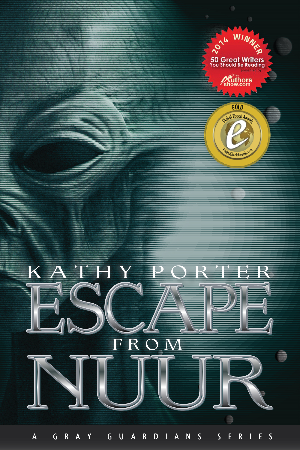