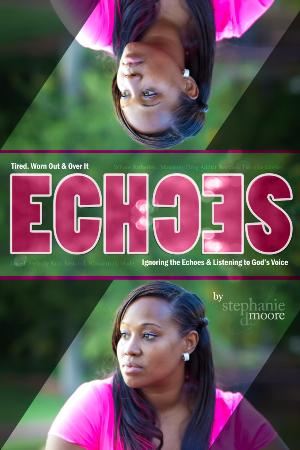 Echoes – Tired, Worn Out and Over It - Ignoring the Echoes and Listening to God's Voice

Stephanie unwaveringly tells the deep, dark and gritty secrets of her past that most women would shudder to share. As the echoes of her past continue to haunt her and seemingly define her, Stephanie spirals down a path of self-destruction, self-hate and selfish desires. Tired, worn out and over it, she finally opens the Bible and discovers that God's Word has the power to not only save her, but transform her thinking as well. Her bravery and transparency combine to create an authentic road map for anyone to find Christ and self-love. 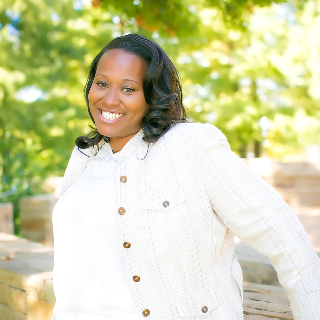 Stephanie was born in Muskogee, Oklahoma. She graduated from Putnam City North High School in 1994. She was married in February of 1996. She is the mother of 3 beautiful daughters, Dallas, Brooklyn and Kaylia. She graduated with her Associates in Technology with an emphasis in Visual Communication. She also has a Bachelors of Arts in Communication with an emphasis in Public Rhetoric. She holds several design and technology certifications and has won numerous awards in that area. Stephanie has worked in television, print and web media for more than 10 years. She is the President of the Oklahoma Media Network and owner of Moore Marketing and Communications, LLC.

Her company serves in the following areas: strategic marketing plans, public relations, writing, print and web design. She recently served as campaign manager for Oklahoma State Representative Jason Lowe, securing 73% of the vote in his district on November 8, 2016. Stephanie also has a heart for young people. Since 2013, Stephanie has created and sponsored teen etiquette and leadership programs for young ladies and young men. The young ladies program is called, She’s a BOSSE (A Beautiful Oasis of Success, Style and Elegance) and the young man’s program is called, Grindaholix: Young Men on the Rise.

As a young lady, Stephanie was placed into a unique mix of circumstances that led to making critical choices affecting her future. To learn more about her story, purchase her detailed autobiography, Echoes.