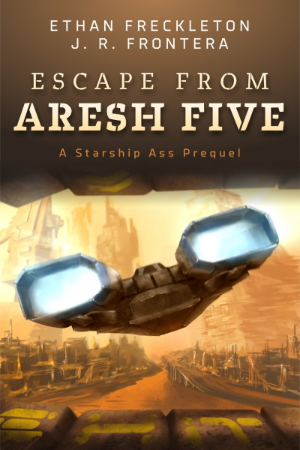 A Federation deserter. A ferocious cat alien. An android of limited intelligence.

On the run and out of work, Federation Navy deserter Cass takes the first job she can get: to liberate the notorious pirate Redbeard from the prison on Aresh Five—which doubles as a tourist attraction for the rich and adventurous.

Using a cover identity, Cass will have to infiltrate the prison with nothing but her wits, a master key disguised as a spork, and a furry, cat-like companion who’s pretty good in a fight.

Succeed, and she’ll earn the respect of the charismatic pirate leader Tone E Robbins, a man with deep pockets and plenty of other assignments to keep Cass busy. Fail, and she’ll become a permanent resident of Aresh Five prison herself… or worse, end up back in Federation hands, forced to have daily tea with her disgustingly polite and patriarchal commanding officer… 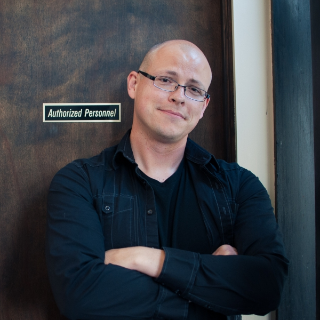 Whether I'm writing self-help books, songs, or absurdist low-brow comedies, my works embody the authentic and sometimes irreverent perspectives of a person who has tried to live in two worlds at once: one of professional and technical excellence, and another of romantic abandon, in search of a world that values love over fear.

You see, somewhere along the way, I realized my experiences, values, and beliefs weren't in alignment with my actions. Once I figured that out, I was able to clear the detritus and start living my dream life; reclaiming my health, my time, and most importantly... my fearless voice.

If you'd like to learn more about that journey, or start that journey for yourself, be sure to visit my website. Otherwise, I hope you enjoy my works of fiction, including PROPHET OF VIRTUE and STARSHIP ASS. 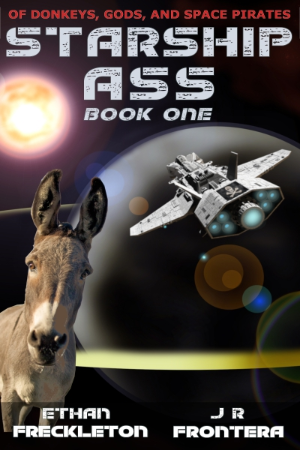 Of Donkeys, Gods, And Space Pirates