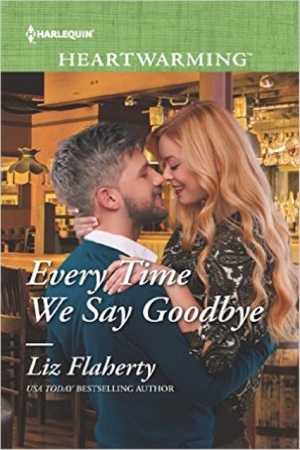 Every Time We Say Goodbye

He had her at "hello again…"

After the prom night accident that had stolen the innocence of his small lakeside hometown, Jack Llewellyn had run. The guilt—especially facing his high school sweetheart, Arlie Gallagher—had been too much. Now he had no choice. He was back in town, and on Arlie's radar.

Arlie couldn't believe that after all these years, she still had him under her skin. He was such a changed man…a responsible business owner, a single parent. Would he understand the changes she'd gone through, the secrets she lived with? She was ready to forgive him but was he ready to forgive himself? And did they have to say goodbye this time? 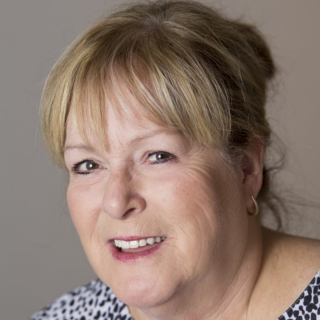 USA Today bestselling author Liz Flaherty retired from the post office and promised to spend at least fifteen minutes a day on housework. Not wanting to overdo things, she’s since pared that down to ten.

She spends non-writing time sewing, quilting, volunteering, working part-time at the local library, and doing whatever else she wants to.

She and Duane, her husband, are the parents of three and grandparents of the Magnificent Seven. They live in the old farmhouse in Indiana they moved to in 1977. They’ve talked about moving to somewhere smaller and more convenient, but really…that many years’ worth of stuff? It’s not happening!