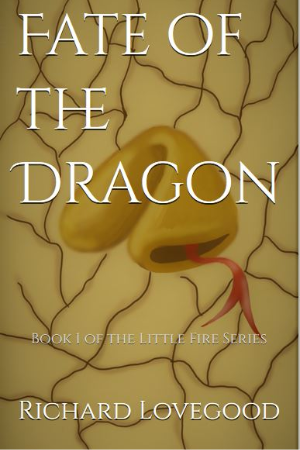 Fate of the Dragon – Book 1 of the Little Fire Series

Elverson is an overweight 50-year-old man from Los Pobres, one of the “simplest” places you could ever live. As such, Elverson has a great appreciation for the simple things in life...an old reliable Geo Metro to drive, good Chinese food, and a comfy sweat suit. However, his life is anything but simple. Haunted on a daily basis by an eating disorder, a severe stutter, a crippling fear of confrontation, and terrifying nightmares, Elverson now finds himself face to face with an evil that he could have never imagined in his simple town. Arson, kidnapping, torture and much worse have become common. The local church has descended into heresy. A restaurant with cannibalistic influences seems to be drawing in people like moths to a flame. And somehow, Elverson finds himself right in the center of it all, ill-prepared to wage war against the dark presence destroying his town, his church, and his mind. As a priest, Elverson is confident in the ultimate fate of these demonic forces. It's his own fate that he's now struggling with. When given the chance to change your fate, who wouldn't be tempted to take it? 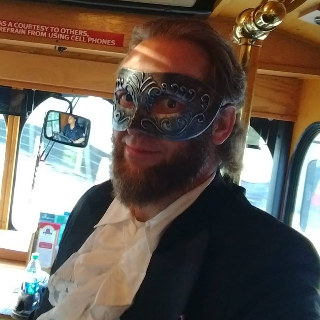 Richard Lovegood is an author, who thrives off of storytelling. His first book, Fate of the Dragon, is book one in The Little Fire Series trilogy. His passion for writing is stemmed from his love for the theater. All things considered, he is the IMCOM-Europe 2008 One Act Play Festival award winner for Best Actor, as well as the Grapevine High School Theater award for Best Impersonation of a Tree. Richard has served a combined total of 14 years in the military in two branches; Navy and Army. Given that, he has traveled all over the world and has experienced many different cultures; how people talk, act, and interact with one another. He has taken his worldly knowledge and applied it to his craft. He now lives in the Midwest with his amazing wife and their four children. For more information about Richard and his items of literary art, go to wildernessfire.com.