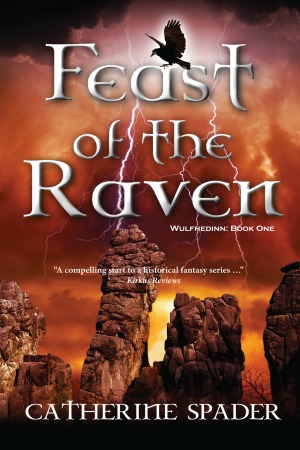 Feast of the Raven – Wulfhedinn: BookOne

Torn between ancient magic and the new Christian order…

In 782 AD, a beast prowls the forests of northern Germany. He is Wulfhedinn, wolf demon—scourge of the Christian Franks. He is also Gerwulf, the man, a wretched outcast and bastard of a Christian woman and pagan father.

Gerwulf emerges from the shadows to escape his demons and seek deliverance. To redeem his mortal soul, he serves the legendary Charlemagne in a savage Holy War against the pagan Saxons.

Gerwulf’s quest pits him against the dark powers of a mysterious Saxon shield maiden and leads to his greatest battle—reclaiming his humanity in a dark age when beasts lurk inside all men. 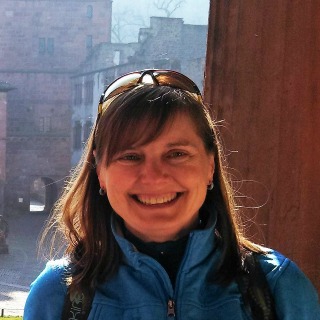 Catherine (Meier) Spader is a first-generation American raised on the history and lore of medieval Germany. At age 11, she saw the skull reliquary of Charlemagne and became enthralled with the era. Catherine is a registered nurse (RN) who specialized in emergency and trauma care for twenty years. She is also a medical writer and editor and has published over 1000 articles. Catherine feeds her inner Wulfhedinn by playing ice hockey. She and her husband Craig enjoy prowling the wild forests and historic sites of Europe and the American West.