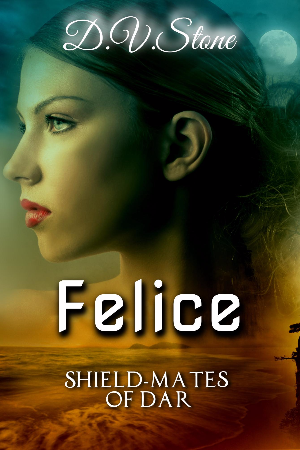 One foolish thought. One brutal act. Instead of a peaceful alliance–war.

From the shifter nation of Dar, Felice carries a peace accord. A treaty, which will bind her sister to Abelard, Prince of Argatha––a human––and forge an alliance between the kingdoms of Dar and Argatha. Attacked by rogue soldiers on the side of the road, a chain of events is set off that is far reaching.

In an attempt to save her life, Felice places her Shield over Abelard’s head, becoming Shield-Mates. The magic of the Shield gives Abelard not only control over her Panther, but joins her to him intimately, receiving her thoughts, dreams, and feelings. But since he does not have a Shield to give her, instead of a symbiotic balance, he holds all the power.

Responsibility for the dying Emissary lies heavy on Abelard’s shoulders. He is a good soldier, but not, he realizes, a good man. At odds with his father for years he spends his time as the soldier Ayer avoiding the responsibilities of his title and living life on his own terms with no real direction. Felice is the catalyst that brings him purpose.

War comes, but not the one expected. An invasion from an old enemy thrusts shifters and humans together in a shaky coalition––they must unite, or each may fall. There are those on both sides who don’t think Darrians and humans should mix.

Amid the treachery and chaos, love begins to grow, but Abelard, and especially Felice, must come to terms with her secret past, if their love is to survive. 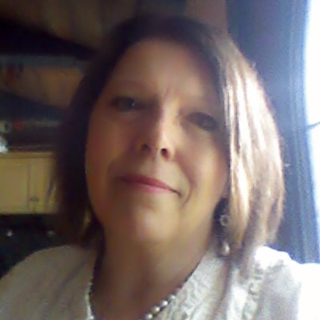 Born in Brooklyn, NY, I've moved around a bit and even lived for a time on a dairy farm in Minnesota before moving back east. Throughout my wandering I always considered myself a Jersey Girl. I met the love of my life and moved back this time to Sussex County. My husband, Pete, is a lifelong Sussex County man.

A varied career path from working with the disabled led to becoming a volunteer EMT, which in turn led to working in hospital emergency rooms and then in a woman's state prison. After a few years I took a break from medical and became the owner of Heavenly Brew, a specialty coffee shop in Sparta NJ, and a small restaurant in Lafayette. Life handed some setbacks and I ended up back to medical, but this time in veterinary emergency hospital.

During the poor economy I was laid off from a long time position that I cared about. Devastated, I wondered what I was going to do with my life. Finding comfort in my love of reading, I realized it was now time to follow my dream of writing. It’s been a long road but worth every minute of it. Now I'm a published author! I'm also working in a people medical office again.

Thank you for taking the time to read about me. Each time you open the pages to one of my books I hope you’ll be swept away by the fantasy but know that in the reality never to give up on hope. 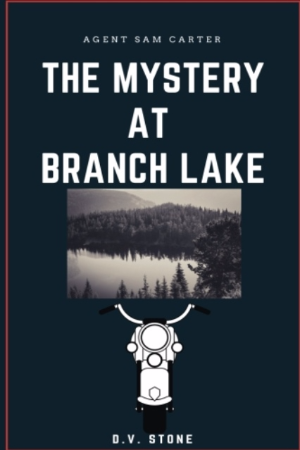 Agent Sam Carter and The Mystery at Branch Lake 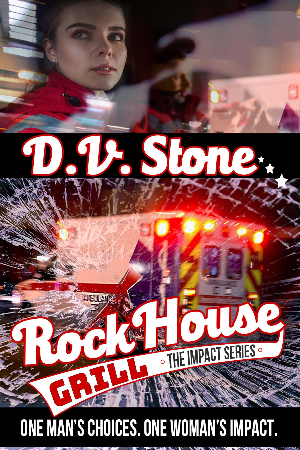 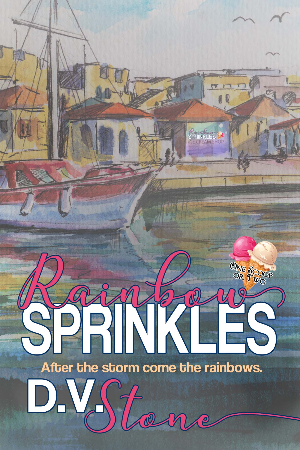