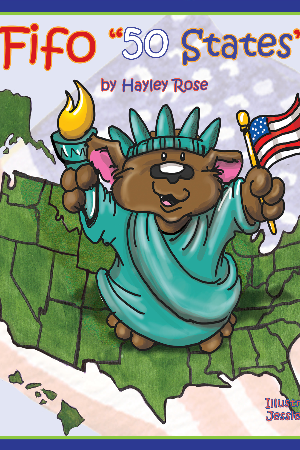 In this delightful rhyming story, Fifo, a warm and loveable brown bear, is bitten by the travel bug. Fifo dreams of digging up diamonds in Arkansas, looking for fossils in Kansas, enjoying a delicious bowl of gumbo in Louisiana, and even seeing a Broadway show in New York. Yes, America is an exciting place!

Fifo's second book is full of adventure. A colorful reference-like geography book, Fifo discovers the wonders each state has to offer. He learns along the way each state's capital, shape, flag, motto, and much, much more. The possibilities are endless! So, come along with Fifo and you'll soon discover the beauty of America one state to another. A positive experience for both Fifo and the reader. Learning should always be this much fun! 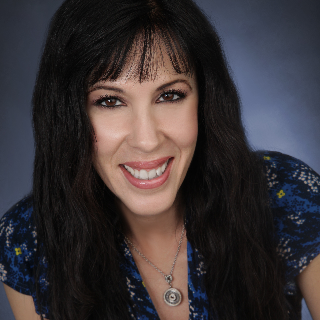 Hayley Rose is a #1 best-selling, award-winning author, dedicated to bringing fun, educational and inspiring books to kids through her brand Books by Hayley Rose.

In 2002 she released her first children's book, Fifo When I Grow Up. Since then Hayley has released five more #1 best-sellers, including the very popular geography book, Fifo 50 States and Fifo Musical Animals ABC, which hit Amazon's "#1 Hot New Release" list a month before it was released.

In 2012 Hayley was selected as one of "The Top 50 Writers You Should Be Reading" by the AuthorsShow.com.

Before writing children's books, Hayley had been working in entertainment business management for over 15 years, specializing in concert touring. She has worked with many "A list" musicians including Michael Jackson, Rod Stewart and Candlebox just to name a few. Hayley hopes to one day soon release an album of children's songs.

Hayley is currently a member of the Society of Children s Book Writers and Illustrators, The Greater Los Angeles Writers Society, Independent Book Publishers Association and the Arizona Authors Association. She lives in Scottsdale, Arizona with her dog, Blanche.