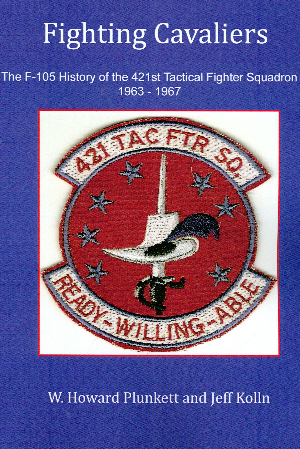 This history of the 421 Tactical Fighter Squadron, the Fighting Cavaliers, tells much more than the story of a single F-105 squadron in the early to mid-1960s. The 421st was only one Thunderchief squadron during this period to become combat ready in the Air Force’s newest fighter-bomber. Its history is intertwined with the histories of sister squadrons in the 355 TFW at George AFB in California and McConnell AFB, Kansas, as well as in the 388 TFW at Korat Air Base, Thailand.

You can read about Cold War alerts with nuclear weapons in Turkey, Korea, and Okinawa and understand how pilots in a new unit developed their combat skills in a new aircraft to prepare them for flying their planes in the hot war over North Vietnam. Read also about destroying SAM sites with the Wild Weasels, as well as successes and failures of squadron pilots during Rolling Thunder bombing missions. There are airborne battles with MiG-17s and MiG-21s as well as stories of pilots flying high-risk missions and earning high awards - Air Force Crosses and Medals of Honor.

During the four years they flew the Thunderchief, the Fighting Cavaliers lost 32 of their supersonic jets to accidents and combat. This book details each loss in context with the mission and how the pilots were rescued, became POWs or died. This book covers all these topics and many more based on solid historical research together with combat stories from the F-105 pilots themselves. 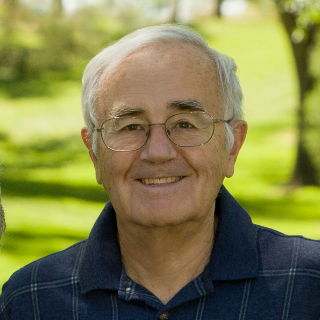 W. Howard Plunkett is a retired Air Force lieutenant colonel. His 20-year career as an aircraft maintenance officer began with F-105 Thunderchiefs in 1964. He supported F-105s in Kansas, Japan, and Thailand, as well as F-4s in Germany and Korea. He earned an MS in Logistics Management from the Air Force Institute of Technology. He commanded the Avionics Maintenance Squadron at Kunsan AB, Korea, and the Field Maintenance Squadron at Wright-Patterson AFB, Ohio, was an F-4 Avionics Staff Officer at Hq TAC, served as a depot inspector on the AFLC Inspector General team, and was a Maintenance Division Chief at the Air Force Test and Evaluation Center.

Beginning in 1983, he worked in the aerospace industry as a reliability engineer on the B-2 stealth bomber and for other companies as a software quality assurance manager, a logistics manager, a technical writer, and in business development.

For the past 25 years he has researched the operational history of the F-105 Thunderchief. He has provided many other aviation authors with historic details of the F-105 during the Vietnam War. His own publications include two articles in the Friends Journal of the National Museum of the U.S. Air Force, three others in Air Power History Journal, and a book, F-105 Thunderchiefs, detailing the histories of all surviving F-105s in museums and on static display around the world.