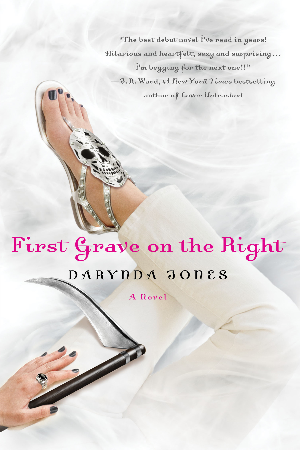 First Grave on the Right

As the only grim reaper this side of Mars, Charley sees dead people. Yep, dead people. And it's her job to convince them to "go into the light." But when these very dead people have died under less than ideal circumstances (i.e., murder), sometimes they want Charley to bring the bad guys to justice. Sadly, she’s having a hard time focusing on her day job. A man as dark and dangerous as Charley’s sense of humor has decided to visit her at night. To seduce her in her dreams. Charley’s all for it until she realizes he may not be a man at all. He may be something else entirely. 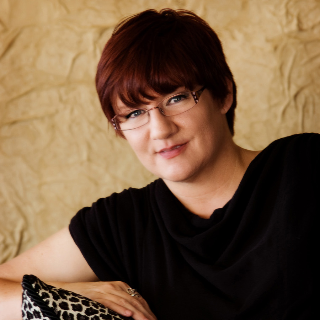 New York Times and USA Today Bestselling Author Darynda Jones has won numerous awards for her work including a prestigious RITA®, a Golden Heart®, and a Daphne du Maurier, and her books have been translated into over 18 languages. As a born storyteller, she grew up spinning tales of dashing damsels and heroes in distress for any unfortunate soul who happened by. Darynda lives in the Land of Enchantment, also known as New Mexico, with her husband and two beautiful sons, the Mighty, Mighty Jones Boys.