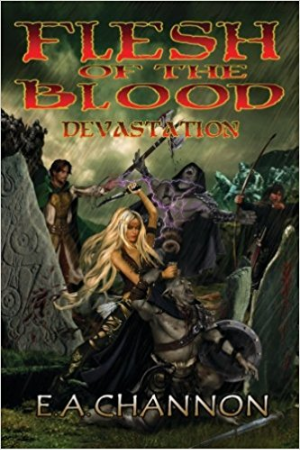 Flesh of the Blood - Devastation

Flesh of the Blood-Devastation, Book 2, continues the story as the adventures continue to seek out the princess as Methnorick unless a new treat from Blath’Na City causing the world around them to fall apart. However Methnorick does not count on the unpredictability and resilience of the inhabitants of Marn.

As the series continues to unfold the team of adventures strive to pull a world in turmoil back together. 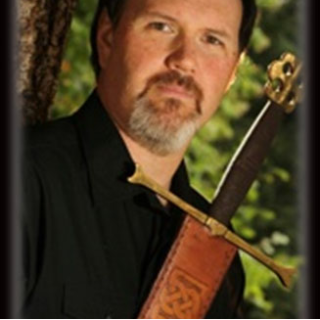 E.A. Channon was born into an aristocratic family in Carlisle, a small city in northwest England. His English father was a career military officer in the British Armed Forces, so the family moved extensively, resulting in E.A. actually growing up in several states in the USA.

His Scottish/German mother, who was a music teacher, did her best to teach him how to play piano, starting at the tender age of three, but E.A., who had not yet been diagnosed with attention deficit disorder and dyslexia, found that it was just not for him. When he was four, E.A. and his family traveled overseas to visit their English relatives. During that trip he took walks along the seashore with his grandfather as he played on the great highland bagpipes. E.A. was entranced by the haunting music that wafted to the sea. When he returned the following year, his perceptive grandfather gave him a small rehearsal device made of silver and African Black Wood called a chanter (that E.A. still has to this day), so that he could learn to play as well. His grandfather cleverly explained, that unlike the piano, which had fifty-two notes, the bagpipes had only nine and were very portable, allowing you to leave the room quickly if your performance displeased the audience. So, by the time E.A. was five, with his grandfather’s help, he had made the transition from piano to bagpipes and has never looked back.

E.A.’s immediate family always lived in very large houses, but castles and moats are part of the Channon family heritage and there are still lively discussions to this day about who will inherit which castle. Service to their country, either in battle or Parliament, was also part of the heritage, though there was one ancestor who was also an inventor - Sir John Harrington. He built the first water closet, a.k.a. flush toilet, which was financed by another relative, Nigel Huddleston. This “invention” was then presented to Queen Elizabeth I during the late 1500’s. Fortunately, years later, when E.A. met her namesake, Queen Elizabeth II, it was under quite different circumstances.

On vacation with his family near Balmoral, England, summer residence of the royals, the ten-year-old E.A. had now been playing bagpipes for five years. Without any advance warning, his grandfather and cousin, Paul Channon, who was then Secretary to Margaret Thatcher, told E.A. to don his kilt, grab his bagpipes and prepare to have some fun. With only a few tips on how to walk into and from the room, he was summarily ushered into the presence of Her Majesty, Queen Elizabeth II to play for her. It was an honor no doubt, but a big surprise for E.A. Happily, everyone was pleased with his performance and so began E.A.’s personal ballad of a bagpiper. 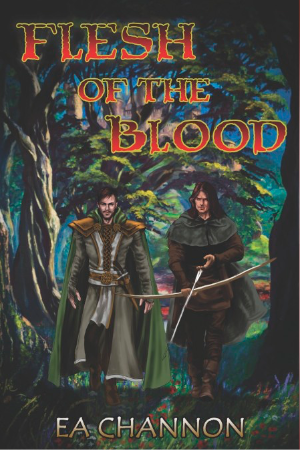 Flesh of the Blood 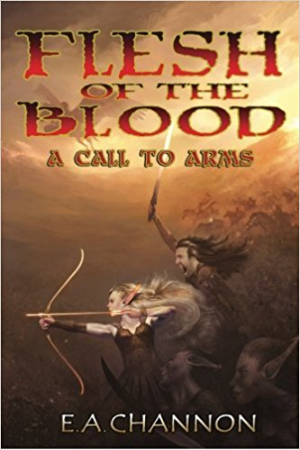 Flesh of the Blood - A Call to Arms