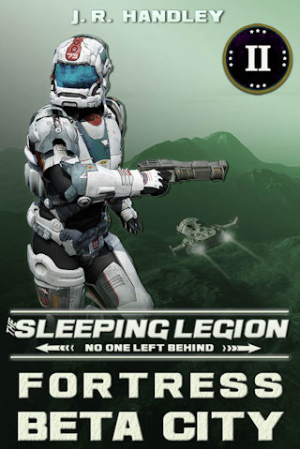 Thirty-five years ago, Lance Scipio pulled most of Beta City into an emergency cryo-freeze. He is woken to a catastrophically changed world. THE TIME FOR FREEDOM IS NOW!

2601 AD. Tranquility-4 near the frontier of the White Knight Empire. Lance awakes to a world where unidentified Marines have raided his city, the enemy is occupying the unflooded portions, and oh by the way, the city is slowly dying. Lance must find a way for his Marines to survive.

The tasks ahead seem all but impossible – but Lance doesn’t give up, he is a Marine! The end result will either be freedom or death.

The Sleeping Legion is a breakneck new sequence of military science fiction novels set in the universe of the international bestselling series: The Human Legion. 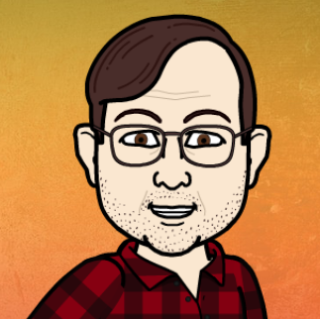 J.R. Handley is a pseudonym for a husband and wife writing team.  He is a veteran infantry sergeant with the 101st Airborne Division and the 28th Infantry Division.  She is the kind of crazy that interprets his insanity into cogent English.  He writes the sci-fi while she proofreads it.  The sergeant is a two-time combat veteran of the late unpleasantness in Mesopotamia where he was wounded, likely doing something stupid.  He started writing military science fiction as part of a therapy program suggested by his doctor, and hopes to entertain you while he attempts to excise his demons through these creative endeavors.  In addition to being just another dysfunctional veteran, he is a stay at home wife, avid reader and all around nerd.  Luckily for him, his Queen joins him in his fandom nerdalitry. 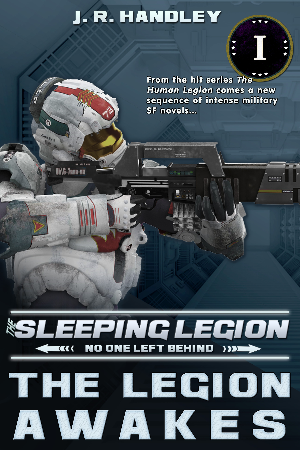 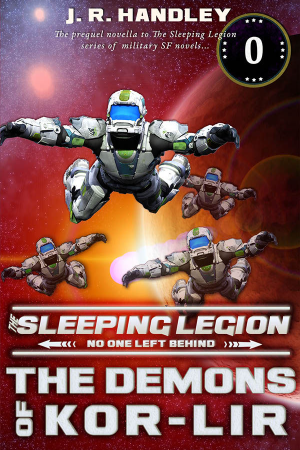 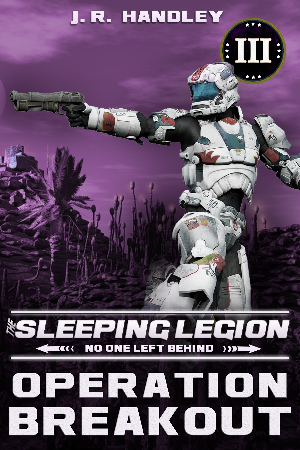